Why Discipline Isn’t Working For You 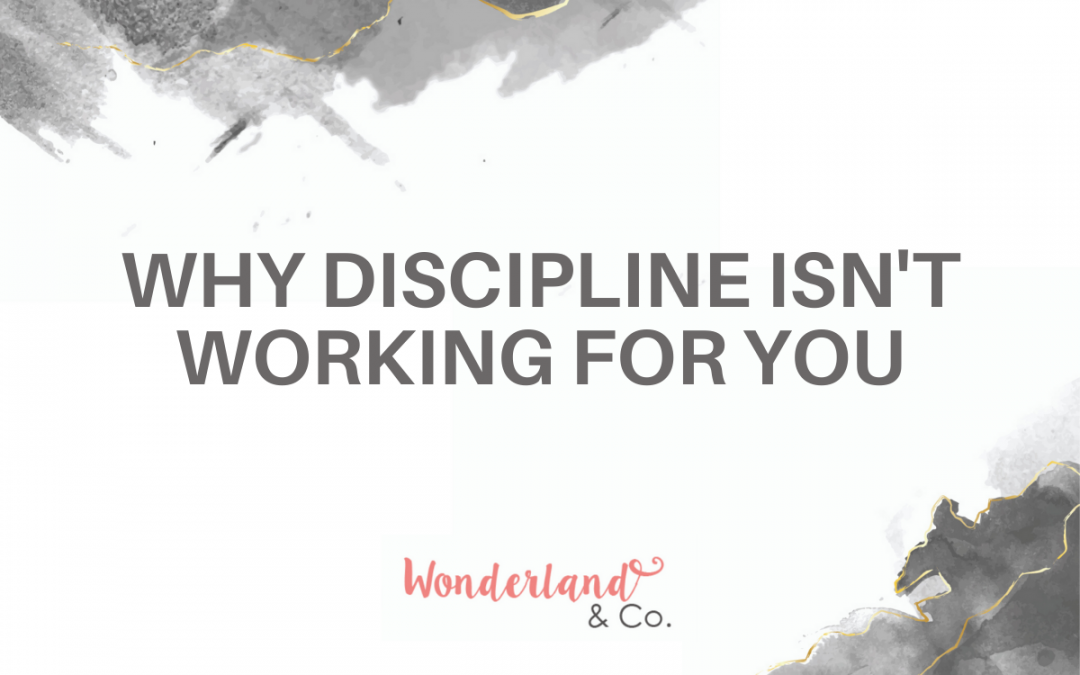 Have you ever wished you had more discipline? Or known someone who seems to have the stuff in spades, and seems to be able to just get on with doing whatever they say they’re going to do?

What strange magic is that? Who are these herculean people who seem to have been born with near-mythical amounts of discipline and where can we get some, please?

I bet there are at least a few things that you would change about your routines, if you could wave a magic wand and Poof! a new habit into place.

“I’d love to do X, but I just don’t have enough discipline,” you’ve shared with a sigh, while your friends nodded in empathetic agreement. They know what you mean, because they’ve witnessed your attempts, or at least your sighing about it, for years. After all, they feel the same exact way about their own lack of self discipline. 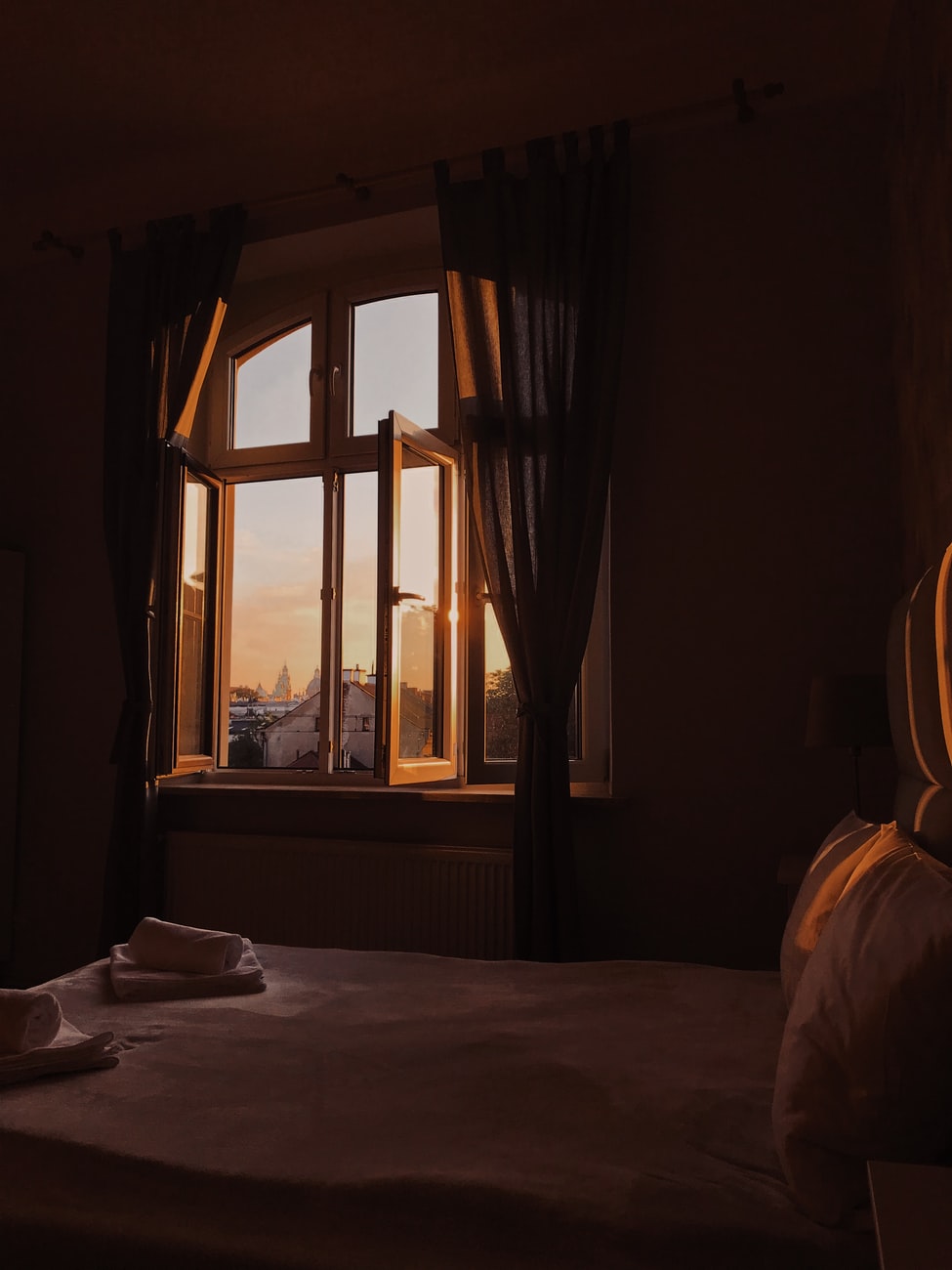 You want to make the change, but you already know you don’t have what it takes. It’s just too frigging hard, isn’t it, to make yourself do what you say you want to do. You know, because you’ve tried before, in the past, sort of. I say “sort of” because we both know it was a pretty half-hearted effort that fizzled out when it didn’t work out perfect the first, second or even—I’m being generous here—third attempt.

What you need, you believe, is more discipline.

I’m gonna go ahead and say that I heartily disagree on the more-discipline front.

I don’t think that discipline is what you’re lacking. I mean, it might be that you have less discipline than billions of other people, but it’s actually not the first place I’d suggest we should be looking to see what’s missing.

Discipline only works when it’s inside a commitment. A commitment is any undertaking that combines the declaration of an expressed desire or need with a plan of action and the structure sufficient to generate results.

A commitment is like a container, in which discipline can actually make a difference. Without the container of a commitment, discipline has nothing within which to work. It can’t get any traction. It’s like being cut loose in space—without something to push off against, you’re just floating along in the same general direction you were already headed, forever. Without any walls or floor, you discipline, along with your desire, dreams, inspiration and motivation just stagnate. It doesn’t go anywhere. It evaporates. It’s too diffuse to make a difference.

You can have all the discipline in the world, but if you haven’t thrown your cap over the wall, then there’s absolutely zero reason for you to get up early enough to train yourself in scaling walls in order to go and retrieve it.

Thinking you need discipline before you have created—or better yet, declared—a commitment is a great way to avoid starting something that would actually create change in your life. Sort of like how you think you need to be confident enough to do something new, when in reality, confidence is a by-product of action and effort, not a pre-requisite.

It’s a terrifically effective strategy employed by your Fear (and mine, and everyone else’s too, for that matter). It gets you to stop doing whatever it is you’d like to do that would change the status quo of your experience of life, before you even start.

You don’t have what it takes, whispers your Fear, and mine, too.

And, faced with the evidence of many other failed attempts to change things, you can only sigh and agree: you don’t have enough discipline.

Your survival mechanism is a wily fox. But you can outsmart it. You can find out why you struggle with sticking to some decisions or meeting expectations, and then you can create a structure sufficient not only to overcome your resistance, but also to actually generate results.

It’s kind of like being frustrated that an apple seed hasn’t sprouted and grown into a tree laden with fruit, when you haven’t put the seed in a pot, covered it with dirt and watered it. That seed has all the potential to bear fruit, but without a proper container, it can’t do much on its own.

Discipline isn’t hiding on you. It’s waiting for you to create the right container so that it can gain traction and do its thing.

Maybe you’re right, and you don’t have what it takes. That’s one way to let yourself off the hook, though you’ll probably just fill the time and space you could be committing to the results you want to create with self loathing, judgment, frustration and regret.

Or maybe, you just haven’t decided you’re tired enough of complaining and doing without and feeling inadequate to actually commit to creating change.

If you’re serious about wanting to change something in your life, then make a commitment. Create a container, to give your discipline a purpose, a reason to show up.

Discipline will show up when you do, and it’ll be more likely to bring its friends, Motivation and Inspiration.

Stop wondering if you have enough of what it takes to make changes. Throw your cap over the wall first. Your discipline is just waiting for you to show up first, because you’re the one in charge.