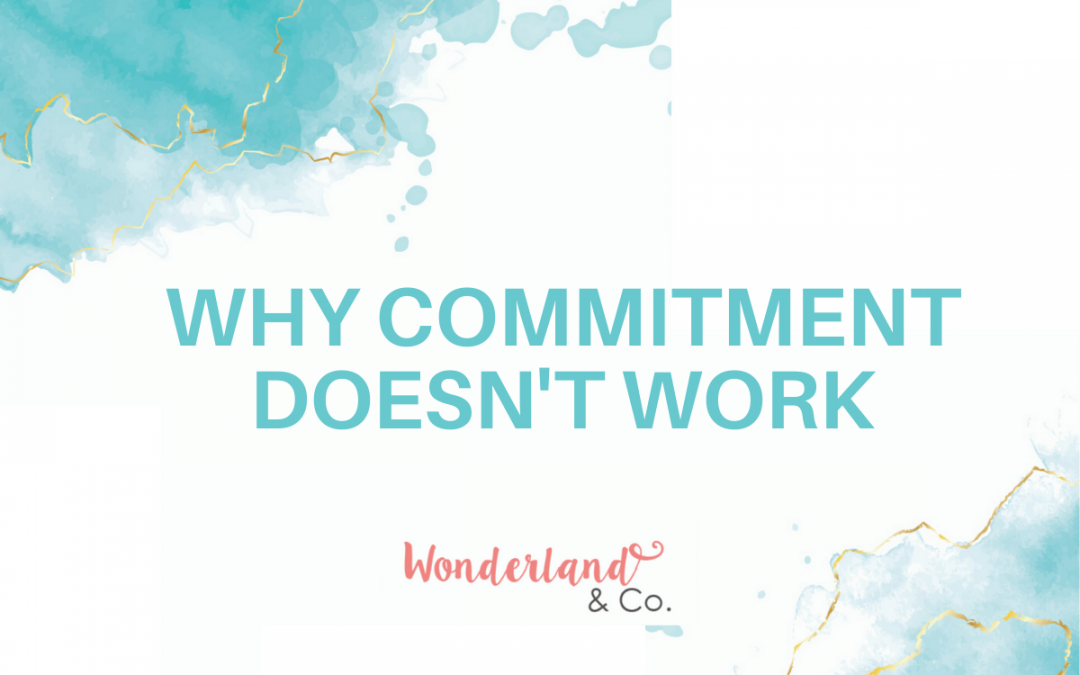 Did you get excited when you read the title of this post? Maybe you even felt vindicated? I get it: it’s like if I discovered that flossing (an activity that requires a nightly battle between my grown-up desire to have healthy teeth and my childish-but-possibly-also-grown-up desire to not do as I’m told) actually didn’t do what it purportedly accomplishes.

Alas, but it does do what it promises (both flossing and commitment). Sigh.

So, I suppose I should clarify the title. There isn’t anything inherently wrong with commitment, so you’re gonna have to let go of that excuse (damn it!). It’s not that commitment doesn’t work, ever. It’s that sometimes commitment doesn’t seem to work, and we’re going to talk about why.

The issue here is that commitment isn’t a thing unto itself; commitment requires application in order to exist. Right? Like, your conditioner won’t make your hair lovely if you don’t put it on your hair.

Like so many things that make other things happen, commitment only works when we do. There is no shortcut. 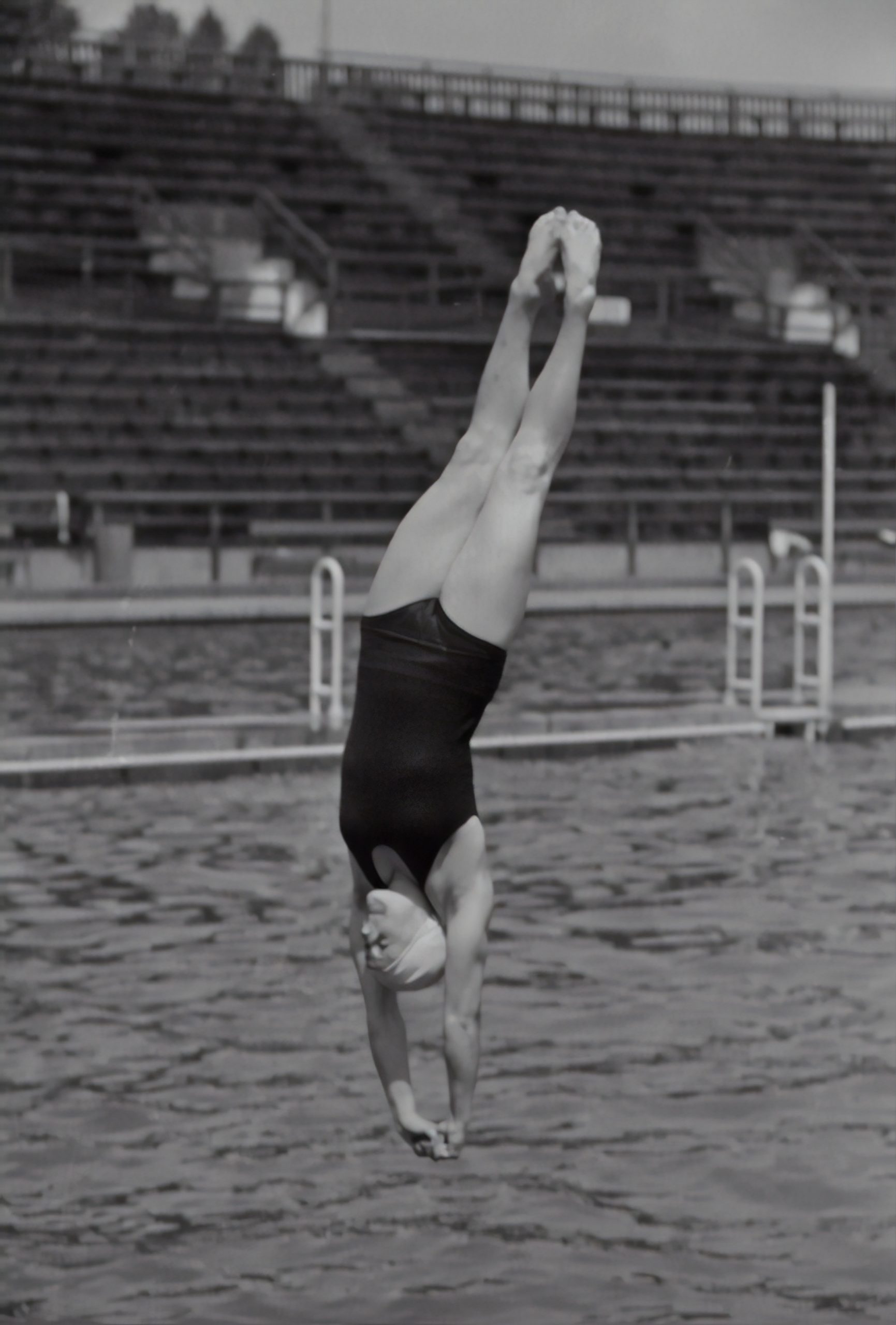 These are great things. We admire commitment in others, possibly even more so because it feels so elusive in our own lives. Commitment is one of the qualities that resoundingly appears in all our heroes and superheroes. They see it through, no matter what gets in the way. Imagine if Bilbo or Frodo had just decided, “Nah, I’m over this. I’mma go back home to the Shire.” I mean, the movies would’ve been a lot shorter.

This is the problem: commitment as an idea is awfully slippery. It’s much more effective when commitment is used like a verb, in action.

Commitment in theory sounds good, but commitment in action actually does good. When commitment remains a theoretical ideal, there’s a lot of wiggle room. And wiggle room is not particularly conducive to maintaining the clarity of focus and action that is required to stay committed to something.

Commitment is defined as “the state or quality of being dedicated to a cause or an activity.”

Unfortunately, commitment is also defined as “an engagement or obligation that restricts freedom of action.”

That second definition is a whole lot less appealing. This is how I think most of us relate to commitment, as we warily regard it from a safe, non-committal distance. No wonder we’re hesitant to commit ourselves to something or someone.

There’s a reason why people shy away from making or having commitments. Actually, there are probably many reasons people avoid commitments, really. Mostly, though, it boils down to the fact that commitment is going to cost us something, which is not untrue.

Committing to something might cost us our time, or our money, or attention. It might cost us the right we reserve to not choose, to not throw our caps over the fence. It costs us the misguided belief that being undecided equals freedom, when, in fact, it is the very act of deciding that sets us free.

Commitment also provides us with plenty of compensation, too, but that’s not really what we tend to focus on in the moment we contemplate pledging ourselves to something, is it?

Nope, we see what commitment will take from us, not what it will give. As we haggle over the details of the transaction—the choice to commit—we tend to focus on what we’ll need to give up, not the purpose, fulfilment and direction the commitment will provide, let alone whatever is the desired end result of the commitment itself.

The other problem is that even when we do commit, we continue to behave as if we haven’t. This means we show up to our commitments when we’re in the mood for it, or when it suits us. We’re committed as long as the winds are favourable and the weather is good.

This would be like a parent committing to feeding their children when they felt like it, or when the kids were good. Or paying your bills when you feel good about paying them. That’s not how it works. If you met either of these commitments this way, there would be consequences you’d rather avoid.

Commitment is not a fair-weather quality; it is a constant. That’s sort of commitment’s whole thing. That’s the point of it.

If we are conditional in our commitments, then we haven’t actually committed. If our commitment is subject to our moods, or any other variable condition or circumstance, we are not only fooling ourselves; we are finding evidence for the falsehood that commitment doesn’t work, when in fact, it would if we would let it. This means we’ll be less and less likely to actually commit to anything moving forward.

Commitment is much more useful if we regard it as a noun only in the dictionary. Semantically speaking. In real life, commitment works when we do. It’s practical in practice.

Commitment doesn’t work when we think it’s a thing we need to have, especially if it’s fickle or scarce; commitment works when it’s a way we show up.

What do you think? Can you see where you actually let yourself BE committed? And where can you see that you are only conditionally committed—that is to say, not actually committed at all?