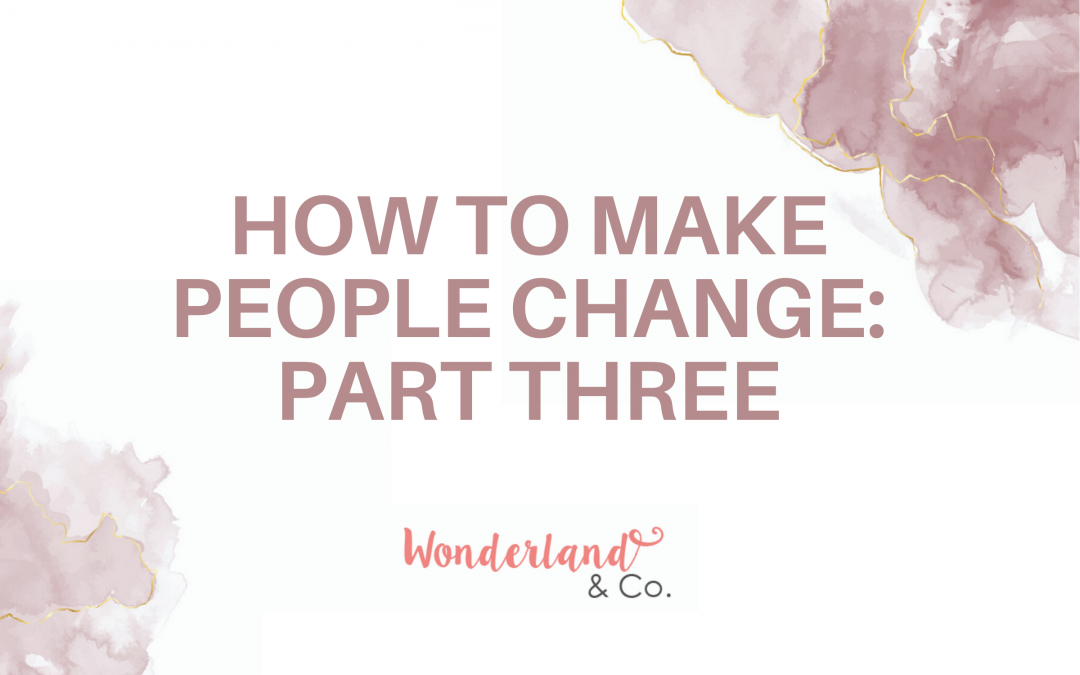 This is the third article in the How To Make People Change series; a four-part essay about the importance of calling people in. You can read the post that started this series here. It made its debut in the middle of the Covid-19 pandemic, and all the ensuing social strife and general madness, but this is as timely an idea no matter when you find yourself reading it.

Calling people in is the oft-missing follow up to calling people out. Once you have called someone out, then what happens? Both parties walk away and suddenly there is change? Transformation? Camaraderie?

Yeah, not so much. After being called out, our natural self defenses can kick in, protecting our egos and further widening the chasm between our ostensibly competing beliefs. Arms are crossed, heels are dug, and those people over there? They’re idiots. If we’re at our best benevolent selves, we decide that they’re naive and mis/uninformed. However, since we’re not usually at our best while engaged in ongoing finger pointing, it’s moreoften the case that we’re right (obviously), and they’re ignorant, stupid and wrong.

Shouting at someone, or even earnestly hoping to be helpful whilst pointing to someone else’s wrongdoing and wrong thinking, doesn’t give them all that much to go on, when it comes to actually changing anything.

The third practice in calling people in is all about setting the stage for real change. It’s about providing a foothold, so that people can envision a future worth creating, and for which they would change the way they think, speak or act.

1. Being Responsible versus Being Righteous
2. Holding Grace versus Holding Judgment

3. Inspiring versus Convincing
4. Being Curious versus Being Right

Have you ever had someone try to convince you of something? How well did it work? Especially if the person trying to convince you held significantly different beliefs about race, politics, religion, ice cream flavours, sandals with socks, etc.

This sounds stupid, and tha 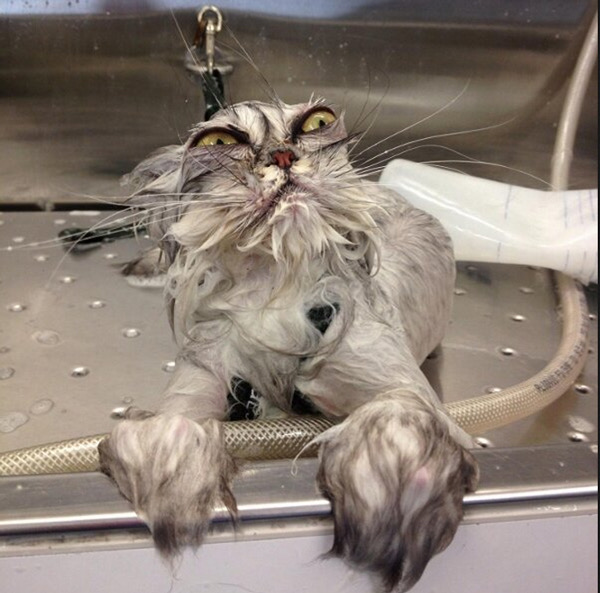 t’s because it is. It’s of no real consequence whether you like any one flavour of ice cream over another. But I bet you’ve found yourself in similar benign and inane conversations about your preferences, and I bet you felt defensive.

Where it gets tricky is where the conversation about your preferences, not in terms of ice cream, but in terms of your beliefs and world view are up for discussion. When things like race and politics and religion and gender and human rights (amongst a hefty myriad of other issues of varying significance) are on the table, and someone doesn’t agree with your perspective, the conversation can feel anything but benign.

I know you’ve been part of conversations in which someone challenged your perspective and tried to change your mind. Did it work?

No one likes to be convinced. No one likes to be compelled. How much did you like being told to go to bed when you were a kid? Even if you were tired, you still resisted and resented the marching order. That’s because it feels like having our sovereignty overruled, and our autonomy taken away, and that is because that is what’s happening. Being forced or convinced closes people off, even if it’s for their own good, or the good of the world.

This is where our work comes in. Convincing people rarely works, as you and I both know, having been on the receiving end of convincing and yet remaining unconvinced. You might be able to compel someone to march, but not for long, if they don’t know what they’re marching for, or where they’re marching to.

Trying to convince someone to change their belief or action is the hardest road you could take, because you’ve got to drag or push them along. When people feel like they’re being pushed, they’ll push back. This is a real, documented thing. #science. You can read this delightful and informative take on the Backfire Effect presented by The Oatmeal, in his brilliant and entertaining way. While there is some debate as to how common the backfire effect is, this is all related to the idea of confirmation bias, which means that we’ll find the evidence to support whatever our beliefs are, regardless of the belief. This is why THOSE people voted that way, or support this politician, or what have you (and also why you and I believe what we believe, too).

The long and short of it is that when you rely on coercion, compulsion or convincing in order to get people to do, think or believe something different, they’ll resist you, like any cat I’ve ever put on a leash. At best, you’ll be able to drag them along, but it will be a drag for all involved parties, but it won’t last forever. Even the Roman Empire fell, so… At worst, you’ll trigger the backfire effect and they’ll resist you completely, backing up even farther and hunkering down to defend the corner of their beliefs and actions.

Attempting to convince someone of something is a failure of imagination and communication. It’s lazy, and ironically, creates way more resistance and work than necessary. We can do better.

We need to provide something for people to pick up, instead of just shouting at them for being wrong, and then leaving it up to them to magically fix it. How can they? You said they were wrong; how do you expect them to suddenly correct themselves if they don’t know what that would look like?

If I want my dog to let go of something, or change a behaviour, shouting at him isn’t going to be enough. He’ll be confused and maybe scared of me, which isn’t the relationship I want to have with him. I need to distract him from the undesirable behaviour and entice him with the desired one. If I want him to do something, or not do something, I need to make it clear to him that there are other better options. I provide him with something different to play with, and I reward him with delicious treats when he does what I’m aiming for him to do. My dog is incredibly inspired by the vision of treats, for which he is happily motivated to change his tack.

Obviously, people aren’t dogs (we should be so lucky). I’m not saying you need to dangle a cookie in front of a person in exchange for good behaviour. While it might work in the moment, that’s really just bribery and won’t create any lasting impact. I used to chew my nails, and my family tried everything to get me to stop. My grandmother promised me hand-knit red leg warmers if I’d stop chewing my nails. I really wanted the leg warmers (it was the early 80s, after all), so I stopped gnawing on my nails, until I received the prize (I still have them), then started chewing away again. I didn’t stop this gross habit, by the way, until I liked a boy in ninth grade and was embarrassed of my hands. Then I stopped for good, inspired by the vision of our perfect undying love. He never knew I liked him, but hey, I have nice hands, so it was a win.

We need to understand what is inspiring and motivating for the people we are hoping will make changes.

It’s about enrolling people. Enrolling someone means they are, well, enrolled in what you’re suggesting. They see what’s in it for them to do the thing, or change their minds.

Instead of convincing, we can inspire. We can create a compelling vision of the possibility we see available, if we follow a particular path or direction. This means that we need to be so clear about and present to our WHY and our WHAT FOR that when we speak about it, others can see it and feel it, too.

Inspiration opens people up. If you can share the possibility you see for them and the world in such a way that you invite others not only to see your possibility, but to see what it would make possible for them, then you won’t need to convince them at all. They’ll be inspired in their own version and vision of the possibility that you’re sharing. Now you’re co-creators, collaborators, co-conspirators.

Martin Luther King, Jr. did this beautifully when he told two hundred and fifty thousand people about his vision. Those listening were able to see and imagine the possibility he spoke of when he said, “I have a dream.”

Nearly sixty years later, we all know his words, his dream and his vision, which has inspired millions of people over decades. Most of us would agree this is still a vision we want to make a reality. This is the power of sharing our vision. When people are inspired by a vision, they’ll open up, change their thinking and take new action.

The added bonus? Apart from trying to drag people along with you, the more you share your vision and ask people about their vision, the more inspired and present to possibility you will be, too. And it doesn’t need to necessarily be a vision to change the world: you can enroll your teammates, colleagues and bosses in what is possible with change. You can create smoother mornings with your kids, better holidays with your family, deeper relationships and intimacy with your lover (who doesn’t want better sex and intimacy?).

Worst-case scenario? They don’t change at all, but you’re ever-more clear and present to the vision and possibility of the world you want to create, and that clarity drives you forward. You feel purposeful and intentional, and likely will draw to you people who believe in the same things.