How to Stop Being Invisible 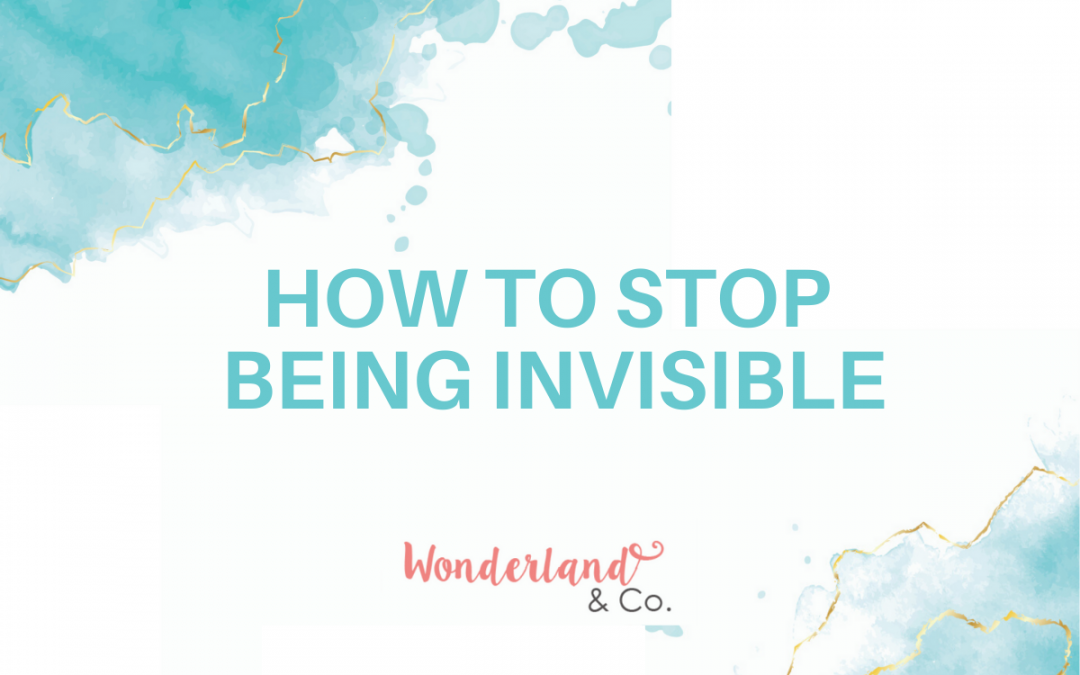 As far as superpowers go, invisibility seems like it’d be pretty handy, as we saw in Harry Potter. It’s much easier to manage your mischief under the cloak of invisibility (literally).

For the record, if I could cherry pick a superpower, I would choose the ability to speak and understand every language on earth, including plants and animals. How cool would that be?

Why wouldn’t I choose invisibility? Well, because I’ve already perfected that skill. It’s a talent I have in spades.

Anyway, here’s the thing: being invisible is a terrific skill, sometimes. Like, for example, if you are evading a predator or assassin, it’s very helpful if they can’t find you. I mean, I WISH that the girl and her pack of minions who bullied me in eighth grade couldn’t see me. It was rough and I frequently wished I could disappear into the background, like a chameleon blending into its surroundings.

It’s important to understand that you learned to become invisible for a very good reason, just like that chameleon, and every other creature whose survival mechanism renders it unseen to its foes.

If you grew up in a home that was filled with anger, abuse or dysfunction, you probably either learned to act out, fight back or disappear in the face of trouble.

There was a lot going on at home when I was young. I became quiet, smart and acquiescent, the good-little-girl version of an octopus vanishing in plain sight. Who knows? Maybe I always would’ve been that way inclined. I tend to think so, that my driven nature was always there, regardless of my environment. While being good helped me stay out of the line of fire, I stood out everywhere else. My tendency towards excelling turned out to be a terrific way to dissociate from my circumstances.

Ironically, my academic success, and talent and sheer determination in dance, which garnered me a lot of attention, all helped me to remain innocuously inconspicuous in other places. I didn’t require attention, because I pretty much only received good attention. If I had shown up differently, I may have been placed in foster care, like my brother.

Becoming invisible can keep you safe: if you don’t stand out, you aren’t an obvious target. It’s a great strategy for avoiding trouble, but a terrible strategy if you actually want to get any attention. 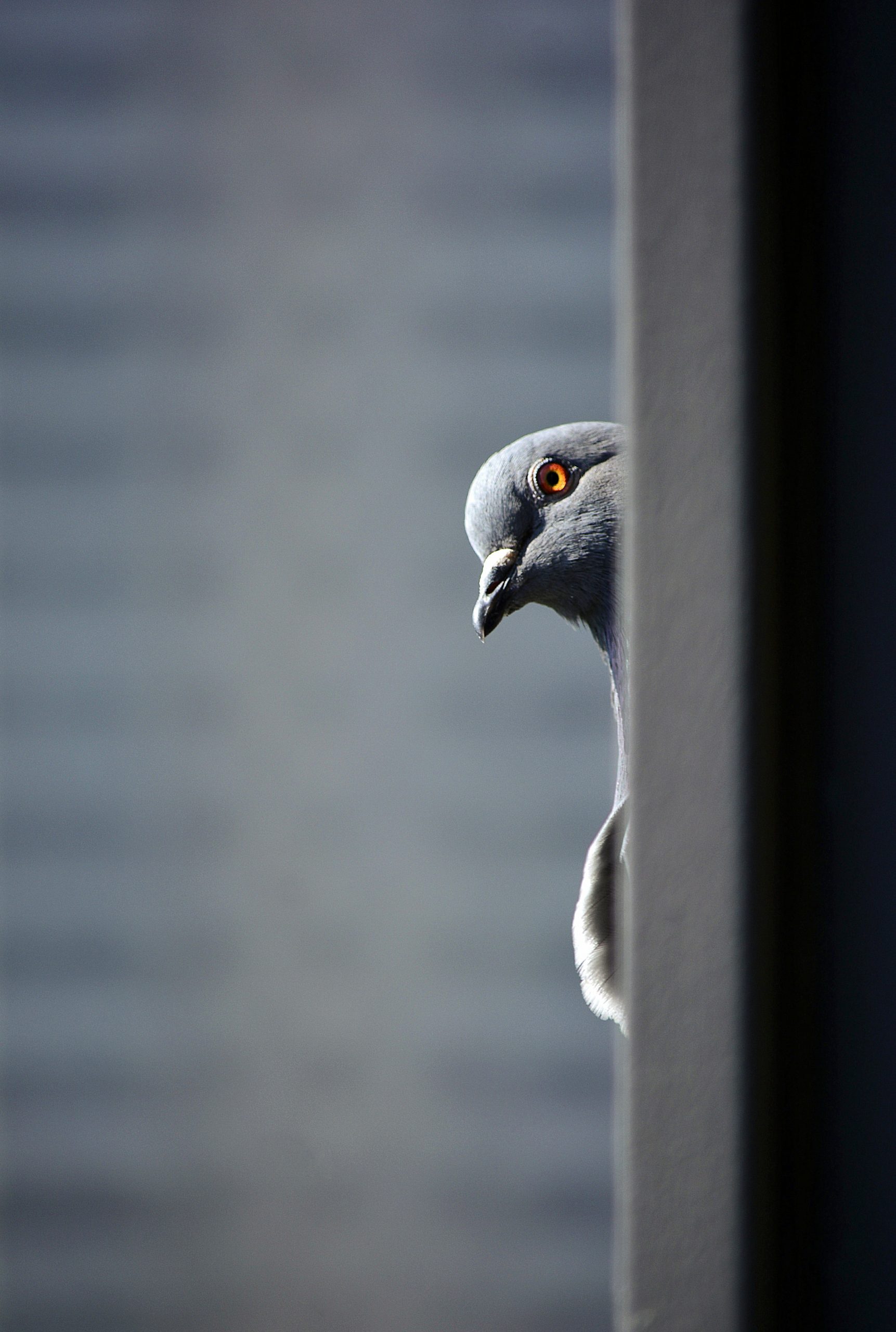 Take, for example, my recently released podcast, West of Wonderland.

Wait, what, you ask? Bay’s got a podcast? When did that happen? How did I miss it?

Yeah, I sort of secretly launched a podcast with my BFF and brilliant coach/leader/musician/believer of all things magic and Disney, Laura Westman (see how we came up with the name? We’re clever like that…). We jam on leadership and philosophy and Disney and possibility.

Now, if we want to avoid having any criticism, then launching a podcast in secret is a great idea. Of course, it also means that no one knows to go listen to it, which rather defeats the purpose.

There’s no sense in hiding your light under a bushel, as the saying goes, or as I like to think of it: putting a BBQ cover over a lighthouse. What’s the point of a lighthouse if no one can see it? It can be of service to no one if it’s hidden in the dark.

Right now, we’re happy with our budding podcast, and we know it’ll grow, but there’s bound to be a point at which I will wish we had more listeners, no matter how many listeners we have. I’m driven by nature. I’m always going to want more.

This goes for attention. I want it, but I get a little nervous when I get it. A part of me—a young, timid part of me—worries about being in the limelight, because of old programming that tells me it’s safer to disappear.

But if I want my work to have an impact, and I desperately do, then I’m going to need to step out of the shadows and away from the wallpaper. I need to be willing to risk getting critical (or even just plain mean) feedback, if I’m ever to get great feedback and have the impact I want to have.

If you feel like you’re invisible, then maybe take a look at how you’re disappearing. It’s easy enough to blame it on an algorithm, and honestly, maddeningly, you’re not wrong there. But I bet there are plenty of places where you aren’t showing your work and sharing your art, too.

True story: Years ago, I became super annoyed that no one was reacting to or commenting on my posts on Facebook. Why did everyone suddenly hate me? What did I do wrong? Had I become a terrible writer? Were my ideas garbage? Whyyyyyyyyy?

It turned out I’d accidentally set my posts to be visible only to myself, so no one else could even see them. Apart from the fact that that setting is ridiculous, I’d basically put on an invisibility cloak and then wondered why no one could see me, proving a whole lot of crappy stories and fears I have about me and my value, and none of it was based on reality.

So raise your voice and make some noise. If you’re feeling invisible, make sure you’re not wearing an invisibility cloak and screaming into the wind. You need to share what you’re up to. You might even need to ask people to follow you and share your work.

It isn’t humility to hide your talent. It’s withholding, from the world and for yourself, because you’re too afraid to risk what it might take to get exactly what you want.

I can’t promise you that becoming visible will guarantee you success beyond your wildest dreams, but I can guarantee that hiding away and keeping your art a secret definitely won’t. Not too many people have been discovered for hiding in the shadows.

Showing up will at least give you a chance to create the impact you want to be in this world.