How to Forgive Anything 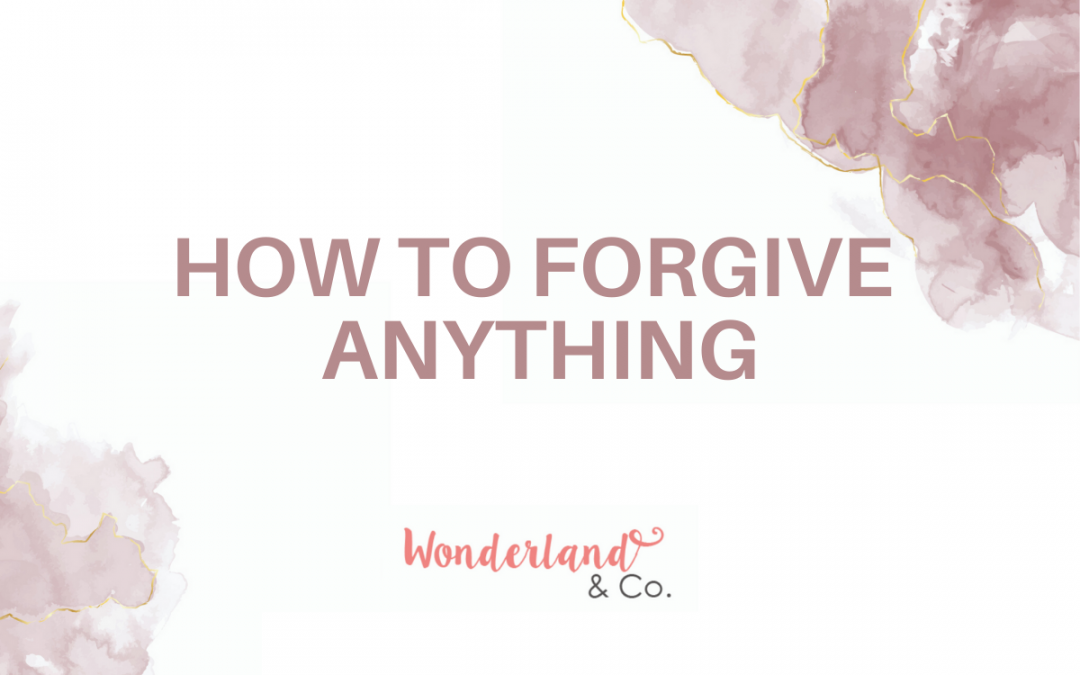 Have you ever struggled with forgiveness? I sure have, though, if I’m being really honest, I find it a lot easier to forgive others than I do myself.

Recently, someone very dear to me asked me how I could possibly forgive something that seemed, to her, unforgivable. Apart from the fact that I truly don’t feel that there’s anything to forgive where she is concerned, it got me thinking about my relationship to forgiveness.

In some ways, I’ve always been a pretty forgiving person, though in other ways—as I said, especially when it comes to forgiving myself—it’s been a long road. But I realize that these days, I am pretty darned good at forgiving and I’m really proud of this journey. The destination is so much better than I could have imagined.

Just like you, I have had Some Stuff happen to me in my life. A lot of it has been both objectively and subjectively really tough and painful. Sometimes, it can feel like it’s impossible to forgive and forget and move on, but as I’ve had lots of opportunity to practice, I’ve realized how easy it can be to forgive, and also what can make forgiveness feel so damn hard at times.

I suspect there are several reasons why forgiving seems such an unsurmountable feat at times.

First of all, I think we’re using a commonly misinformed definition of forgiveness that makes it more difficult. I think we tend to relate to forgiveness as something we give other people. That might feel like pretty tall order, especially when we’re still smarting from whatever it is that has been said or done to us (or not said or done, as the case might be). Maybe you’re not feeling like wrapping up a lovely gift of peace and freedom and bestowing it upon someone who has hurt you. That makes sense.

Forgiveness is literally defined as ceasing to feel angry, hurt or resentful towards someone for some misdeed. That’s a little different from how most of us define forgiveness, which is a) incorrect, and b) really unhelpful.

So, I would like to make this all really clear.

Forgiveness means YOU cease to feel angry, hurt or resentful. It simply means YOU get to stop suffering.

Forgiveness does NOT mean that you’re saying what happened is okay, or that it’s okay if it happens again.

Forgiveness does NOT mean that there was no impact or consequence of what happened.

Forgiveness does NOT mean that you have be best friends with the person who hurt you or trust them forever (or until the next time they do you wrong).

Forgiveness does NOT mean that you have to forget what happened or that an apology or some kind of amends is unnecessary.

Wanna know the secret that makes forgiving people much easier?

Your forgiveness isn’t for them; it’s for you.

Yes, obviously if we’re forgiving ourselves for some shortcoming or muck up, then of course it’s for us, but hear me out: I mean that the peace and freedom granted by forgiveness is actually for ourselves first, even—and especially—when we’re forgiving someone else. Granting forgiveness sets us free. If it sets anyone else free as well, that’s purely a by-product of the original intention, which is for you to cease your suffering, first and foremost.

Forgiveness is the act of choosing to no longer be burdened by some slight from our past, or present, if the situation is ongoing.

If I’ve already been hurt, then nowadays I find that I am, quite frankly, unwilling to prolong my suffering by continuing to bear the burdens of hurt and resentment and spite (yes, spite). This wasn’t always the way I chose, for the record. I have stewed and suffered with the best of them. What I’ve learned, though is that none of that hurts the other person as much as it costs me in the long run, and if I’ve already paid that bill, I don’t want to take out a bloody subscription, with interest. That’s just a bad cost-benefit decision and the return on that investment is dismal. 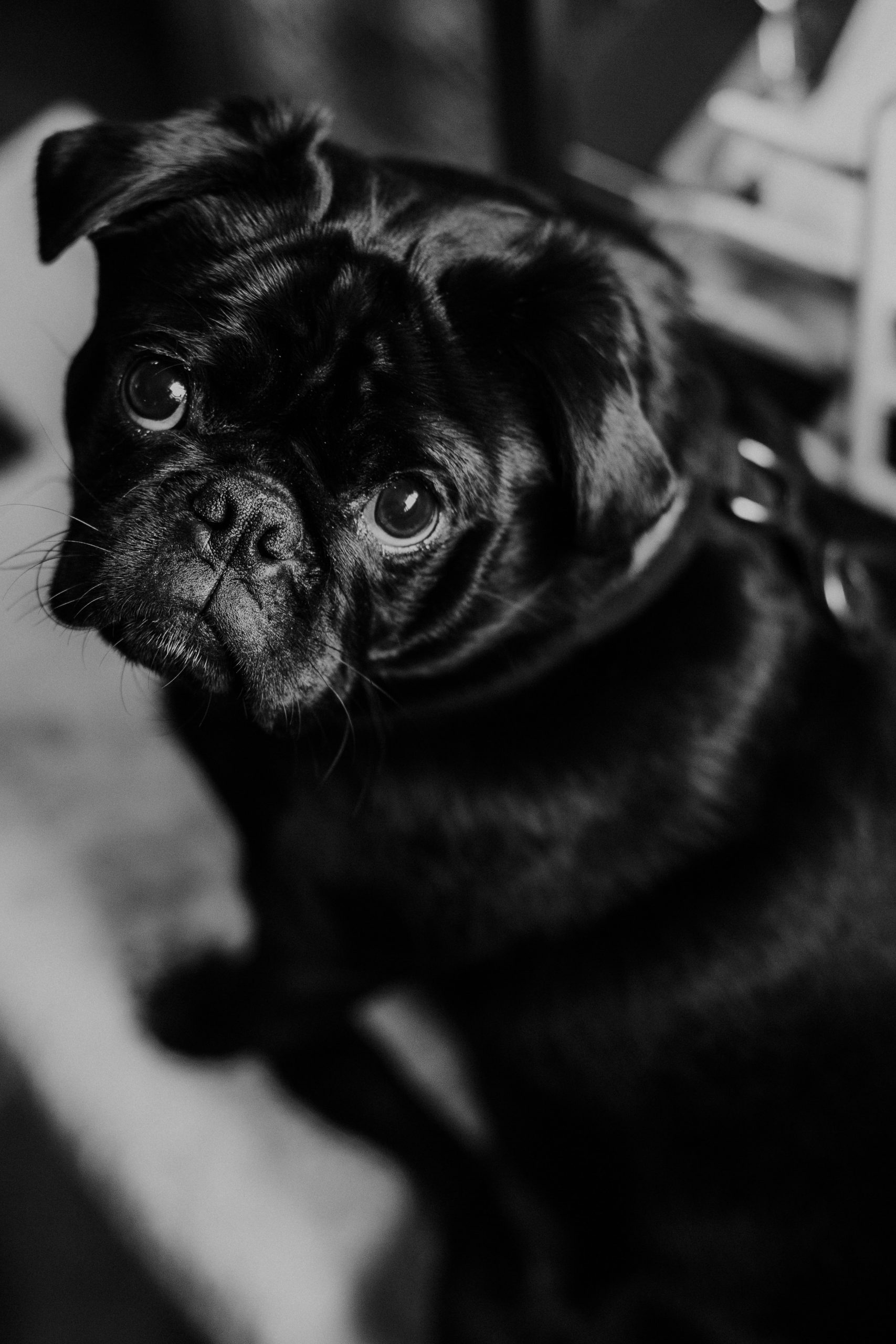 Forgiving someone might grant the other person some peace of mind, but that’s not why I choose to practice forgiveness. Selfishly, I have learned that forgiving people makes me feel better. Forgiving others opens my heart and allows me to heal and move on. It gives me peace. It unsticks my mind and unclogs my feelings. Forgiving others reminds me I trust myself to be strong and resilient and that I’ll be able to heal from and move through anything that happens to me.

If my choice to forgive also makes the other person feel better, then that’s great. The cool thing is that when I prioritize my mental, emotional and spiritual well-being and freedom, I’m more than happy for everyone else to feel better, too. It’s only when I’m dug into my righteous suffering, arms crossed, pissed off and hurt, that I want others—especially those I perceive as perpetrators—to suffer, too. Misery does love company, after all.

You might be wondering how exactly one gets better at forgiveness. This is the best part. Forgiveness is a choice, not an ability. I have no secret super power that you don’t also have. The only thing you need to practice is choosing to forgive. If that seems difficult, then I imagine you’re not allowing your feelings to be expressed and move through you, which can render you paralyzed in the decision to let something go. Shout it out. Shake it off. Chop wood. Karate your pillows (they can take it). It’s just energy, and all energy wants and needs to do is move on through.

If you’re really stuck, you could always make a list of everything it’s costing you to be unforgiving (peace of mind, joy, etc), and a list of everything it’s getting you (righteous indignation, resentment, rumination and suffering, etc). I dunno, but I think if I saw it on paper, I might be more willing to relinquish my brittleness and sad solo vendetta against my joy and peace of mind.

It’s a muscle, and the more you practice forgiveness with the little things, the easier it gets with the big things. I promise you that once you start allowing forgiveness, it gets exponentially easier, because it feels so much better than the alternative (the alternative being endless resentment, pain and suffering).

This is access to trust. When we don’t forgive, we are consciously choosing not to trust others, but subliminally teaching ourselves that we can’t trust ourselves to be strong enough and wise enough to be okay, regardless of what happens to us in our lives. We teach ourselves to be guarded and careful and untrusting. We close our hearts and wonder why it’s so hard to let people in, why we can’t heal or let go.

Forgiveness is the magical salve to all of this. And it’s totally free. Let’s spread this around like confetti.

Life is short, after all, but the road is long. We don’t need to waste our precious time carrying burdens that don’t make the journey better.