Back to Business As Usual 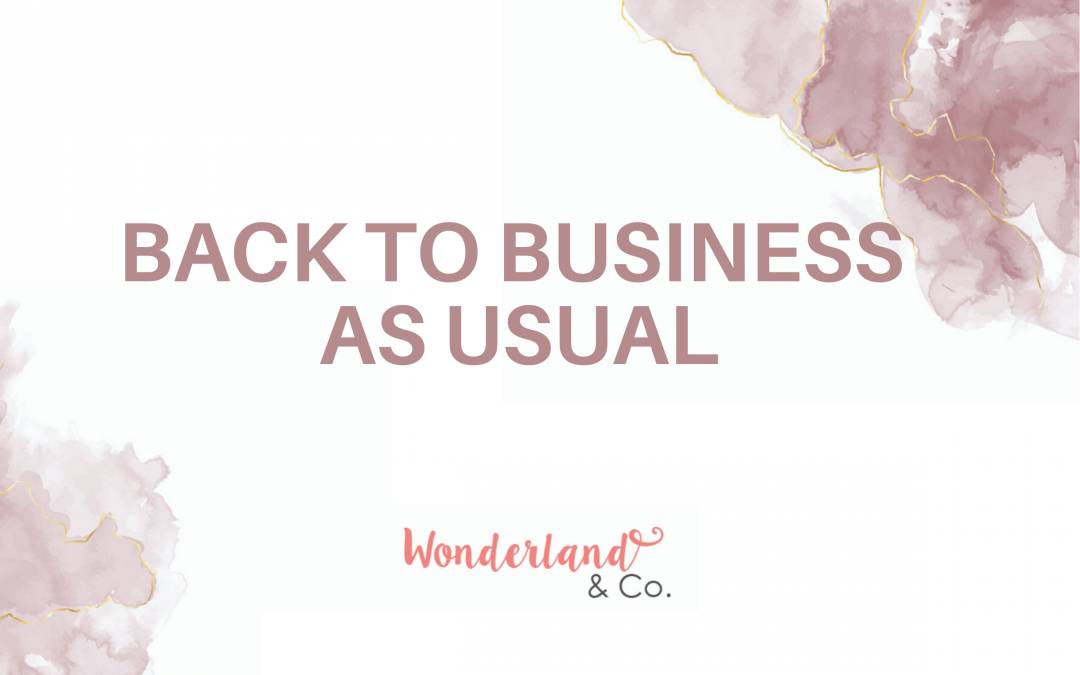 At this point of The Great Pause (as we’ve taken to calling this pandemic in our household), I don’t know about you, but turning on the TV has become a stroll down memory lane. Having watched anything relatively recently released that we’ve wanted to catch up on, we’re now watching old reruns and classic movies. By classic, I mean that this weekend, we watched National Treasure, because I can live my adventures vicariously from home whilst travel is on hold,  and also, Nicholas Cage.

This isn’t a totally new habit in our home, since we can frequently be found watching old episodes of Columbo (the older the season, the better, in my opinion), and Star Trek, the original series, because we’re hip like that. Lately, though, we’ve been rewatching Friends, which—despite some outdated humour that would definitely not make the cut today—still manages to frequently make us laugh out loud.

One thing about watching Friends that stands out, apart from the laugh track (so weird) and how painfully thin Rachel and Monica are, is that what they are wearing is what we were wearing during the nineties. At the time the show originally aired, the characters on Friends were really stylish. Thin eyebrows, chunky horrible shoes (some of which are back in style and you will never see me wear), short t-shirts, boot-cut jeans and wide-leg khakis, and nothing, NOTHING tucked in, ever. The guys’ shirts could clothe three people each, and tailoring was clearly not a booming business back then.

With the benefit of twenty-plus years’ hindsight, we can marvel over what we thought looked good, and agree that it really doesn’t look comfortable or stylish nowadays. Heck, we can marvel over just about anything, twenty years later, not the least of which is HOW HAS IT BEEN OVER TWENTY YEARS SINCE THE NINETIES?

Hindsight is a helpful perspective, but it’s not necessarily a great place to stay. Remembering the past may be nostalgic, but we wouldn’t necessarily want to live there, or wholesale bring everything back without being selective about what we keep and what we release.

Not everything about the good ol’ days was actually good back then, nor is it good for these days. For example: bloodletting as a sound medical practice, hurling your toilet waste out the window, or restricted rights and freedoms based on gender and ethnicity (embarrassingly, we’re still working on these last two).

This is a good reminder for where we find ourselves today.

Right about now, we’re all a bunch of nervous groundhogs, peeking our little heads out of wherever we’ve been sheltering for a few months, wondering if it’s safe to venture outside as the world around us comes slowly back to life.

We are hearing talk about the economy reopening, and we don’t know what exactly it looks like yet or how it will recover. Restrictions are being loosened in a lot of places, and it seems like The World is opening up again. Then we see photos of parks filled with people who seem to have already forgotten how a virus works, or maybe they’re just over it because they’re bored.

I think it’s fair to say we’re all bored and we’re all getting tired of being part of a major historical event. It turns out that it’s not much fun. We’d love to be over it, so life can get back to normal, or back to business, or back to the way things were.

This is a trap.

How many times have you caught yourself thinking or saying, “When things get back to normal…”? You’re in good company. We’re all thinking it. I don’t even think it’s a good idea, and I’ve still thought it lately.

Whether or not I think it’s a good idea, it’s not actually possible. Going backwards isn’t actually an option. Unless you’re Dr. Strange, Time goes in one direction: forward.

Even if we could, backwards isn’t the way we want to be heading. It’s like trying to wear old jeans from high school. One, they don’t fit. Two, they don’t look good. Three, they don’t feel good.

There’s a reason we describe people or practices as backwards, and it’s rarely complimentary.

“Business as usual” wasn’t working for most of the things that live on this planet, ourselves included. Going back to to it, or more accurately, recreating our world to resemble the systems in place pre-pandemic, would be awfully short-sighted.

Don’t unthinkingly just fall back into the ruts you were in before the world paused. You’ve only just gotten out of them. Let’s take a moment before we dive back into what was, and ask ourselves what could be, instead.

Question everything. What was working? What wasn’t? What would you change, if you could? (You can, btw)

How would you like normal to look? Is it working less? Prioritizing well-being and connection/relationships more? Maybe you’ve realized that you yearn for more adventure. Maybe you’ve always told yourself you couldn’t travel, but in the past few months when we literally were grounded, realized that it’s been a story you’ve sold yourself, and you want to tell a different story instead. Do you want more time off, or to work from home, or even a new job or new career? Maybe you believed these things were impossible, but that’s all been upended now.

As we sort through the pieces and get ready to rebuild this puzzle, let’s be careful to choose the pieces we actually want, and avoid blindly picking up the pieces we don’t simply because we didn’t look at what we were picking up closely enough.

Let’s not get back to business as usual. Let’s get busy creating a better life, and a better world, on purpose. Now’s our chance. In fairness, it’s always been an option, but now we can all see it more clearly.

For sure, it’s important, when you’re driving, to check your rear-view mirror from time to time. But in general, you want to be looking forward at the road ahead.

As my big brother told me when teaching me to drive a stick-shift, “Don’t look back—you’re not going that way.”

Still just as good advice today as it was back then.