How Not to Use Your Fear 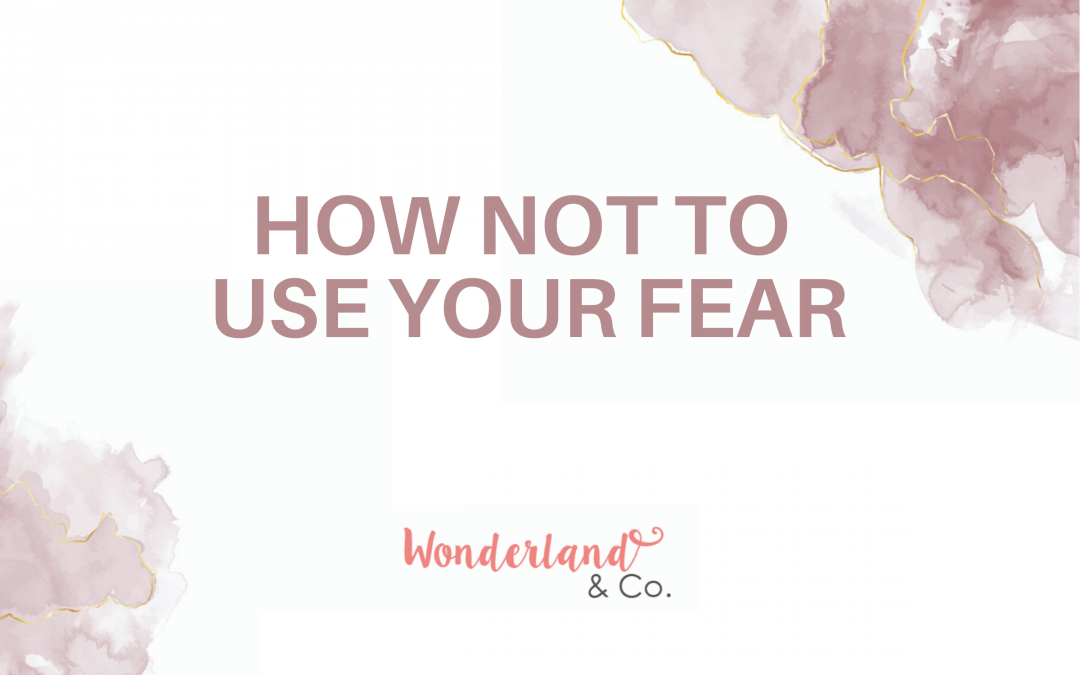 Hey, just wondering, how are you on alchemy? You know, alchemy: transforming non-gold stuff into actual gold? Asking for a friend…

Alchemy is the ancient study combining natural philosophy, natural science, and a little dash of magic. For thousands of years, people have tried (and failed) to take all manner of natural ingredients and turn them into gold, or find a universal elixir that could make one live forever, and cure any illness.

I have to say, that would be pretty handy. No wonder alchemists kept trying, even though their results were remarkably underwhelming. Alas, no one has succeeded so far. On the other hand, the pursuit of alchemy did advance our knowledge and understanding of scientific experimentation, and pave the way for modern chemistry, so that’s a fairly decent collateral outcome.

People were so enchanted by the idea of being able to manufacture gold that this was, for a relatively long time, a viable career path. They were so sure it was possible, or at least so hopeful that it was, that kings kept alchemists on staff, so that they could keep searching for the philosopher’s stone (the ever-elusive and essential ingredient in alchemical success). I can salute that devotion. They didn’t have toilets that flushed, or hot showers, but they kept right on experimenting with alchemy. That is a real commitment to possibility.

Apart from this all being extremely interesting, I believe we all have a bit of a mad alchemist within us, trying desperately to take one thing and turn it into something else. The tricky bit is being intentional and conscious as to what we choose for our base ingredients in our quest.

What are you using to try to make your gold? Is it fear? I bet fear is at least one of your key ingredients. If you’re up to anything remotely interesting or inspiring or challenging, then Fear is at your table.

We all use something to push us forward, some base ingredient that we hope to transform into our desired results. It’s worth taking the time to become aware of what we’re using—and how we’re using it—to create our gold.

Typically, we use fear as either an ingredient or as a fuel. This is not wrong, nor is it necessarily even a problem. You know, until it becomes one.

If we know that Fear is going to be present (it will be), then we can plan for how to use it most appropriately, and not blow up our workshops, as I imagine many the industrious alchemist might have done in days of yore.

You don’t want to burn your fear as fuel. That’s like putting rocket fuel in your ’87 Honda. It runs too rich, burns too hot and is gone too fast. Using fear as a fuel source might make for a spectacular show, but it’ll be like a three-minute fireworks display: over almost as soon as it started, dangerous, extremely expensive, and ultimately disappointing.

This is because when you’re burning fear for fuel, you’re relying on adrenaline as if it were a sustainable, renewable resource. It isn’t. As far as resources go, while Fear itself feels pretty sustainable—sure, we’ve all got loads of that stuff hanging around—adrenaline isn’t. That’s not what adrenaline is for.

A shot of adrenaline is meant to be a (hopefully) rare occurrence, a shot of booster juice that gives you a better chance of getting out of a sticky situation. If you’re surprised by a bear, and more accurately, if a bear is surprised by you (a scenario best avoided), or you see your heedless kid/cat/dog headed for a busy street, adrenaline will kick in and you’ll suddenly have a burst of energy and access to superhero-like reflexes, speed and strength. It’s very handy in a pinch.

But adrenaline is only meant to be used in a pinch. Sparingly. Rely on it more than that, and you risk adrenal fatigue, which will not only slow you down, but it might entirely stop you with sickness and injury in mind, body and spirit.

In other words, adrenaline might help you win a sprint, but it’s not going to get you through a marathon.

The key here is learning to use your fear as an ingredient to which you add other elements, such as curiosity, creativity, desire, et cetera. When Fear is all mixed up with all those other components, it becomes manageable and malleable. It doesn’t scream at you all in a panic, as Fear is so wont to do when it’s all by its lonesome. On its own, Fear is like phosphorus: highly volatile and likely to self-combust. If fear, however, is just one ingredient in a recipe calling for many others, it can be palatable. The other ingredients make Fear more stable, the way phosphorus needs other elements around it to keep it from blowing up the garage (#donttrythisathome).

So, which way are you using your fear: as an ingredient, or as a fuel source? How can you tell the difference?

Well, check into your state of mind: are you panicky and jumpy? Are you constantly putting out fires, or solving problems? Are you relying on knee-jerk decisions and Hail Mary’s? Is it hard to slow your mind down, and look out to the horizon, because you keep getting hit by wave after wave? Are you feeling burnt out? If yes to any of these, you might be burning Fear. Fear as a fuel source burns smoky and makes it both hard to breathe and hard to see.

To transition from burning your fear to wielding it as a resource, you’re going to need to slow down (I know, but still). Giving yourself the space to breathe and see what you’re trying to accomplish helps your Fear stand down, and gives your central nervous system a much needed break.

If you want to turn your fear into gold, slow down. Take the time to simply breathe, and see, and you’ll see the results. Better yet, you’ll feel them. It’s no use making gold if you can’t enjoy its beauty.