Why Losing Doesn’t Have to Mean You’ve Lost 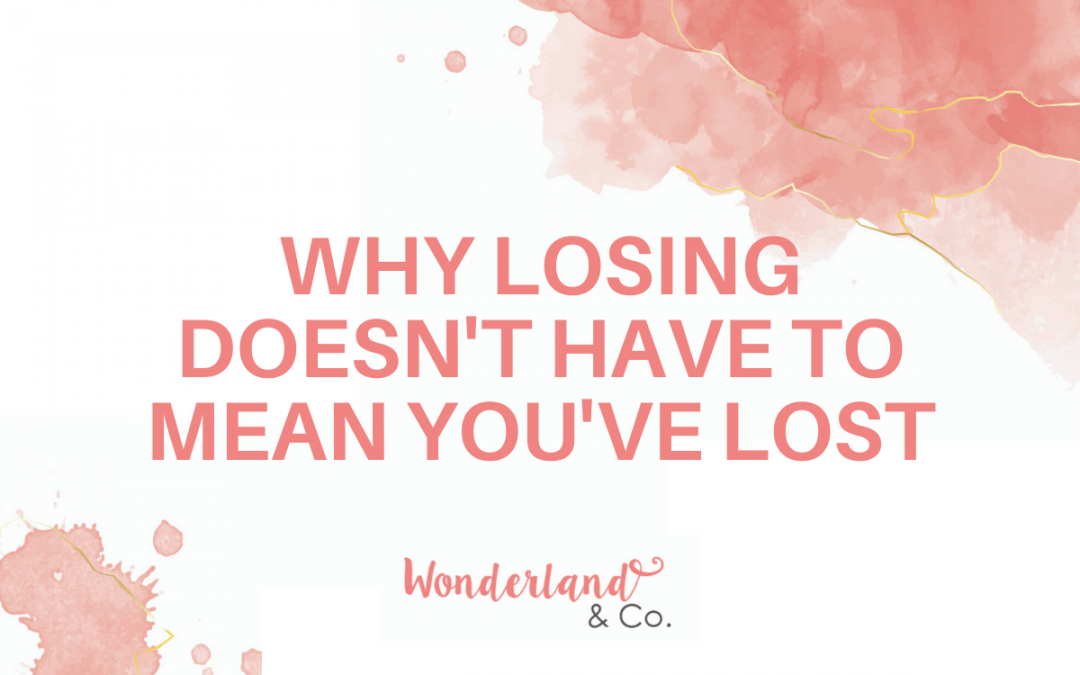 Disappointment and defeat don’t mean the same thing, but you’d never be able to tell from the way we use them. We tend to view them interchangeably, which has led to us becoming allergic to both of them.

You know how allergies work? You come into contact with something that is relatively benign—say, a peanut—and your body confuses it for something that is ONE HUNDRED PERCENT FATAL/POISON/EVIL and reacts accordingly. I have many allergies, and OMIGOD IS IT EVER ANNOYING to me that my body won’t stop believing that grass is out to get me. I can’t even sit on it. It’s stupid.

We believe we are allergic to defeat, so we’ll do anything to avoid it, like I avoid grass (which is tricky, because that stuff grows EVERYWHERE). And because we keep collapsing disappointment in with defeat (mostly because we give up on things too easily), we have developed an allergy to disappointment, too. 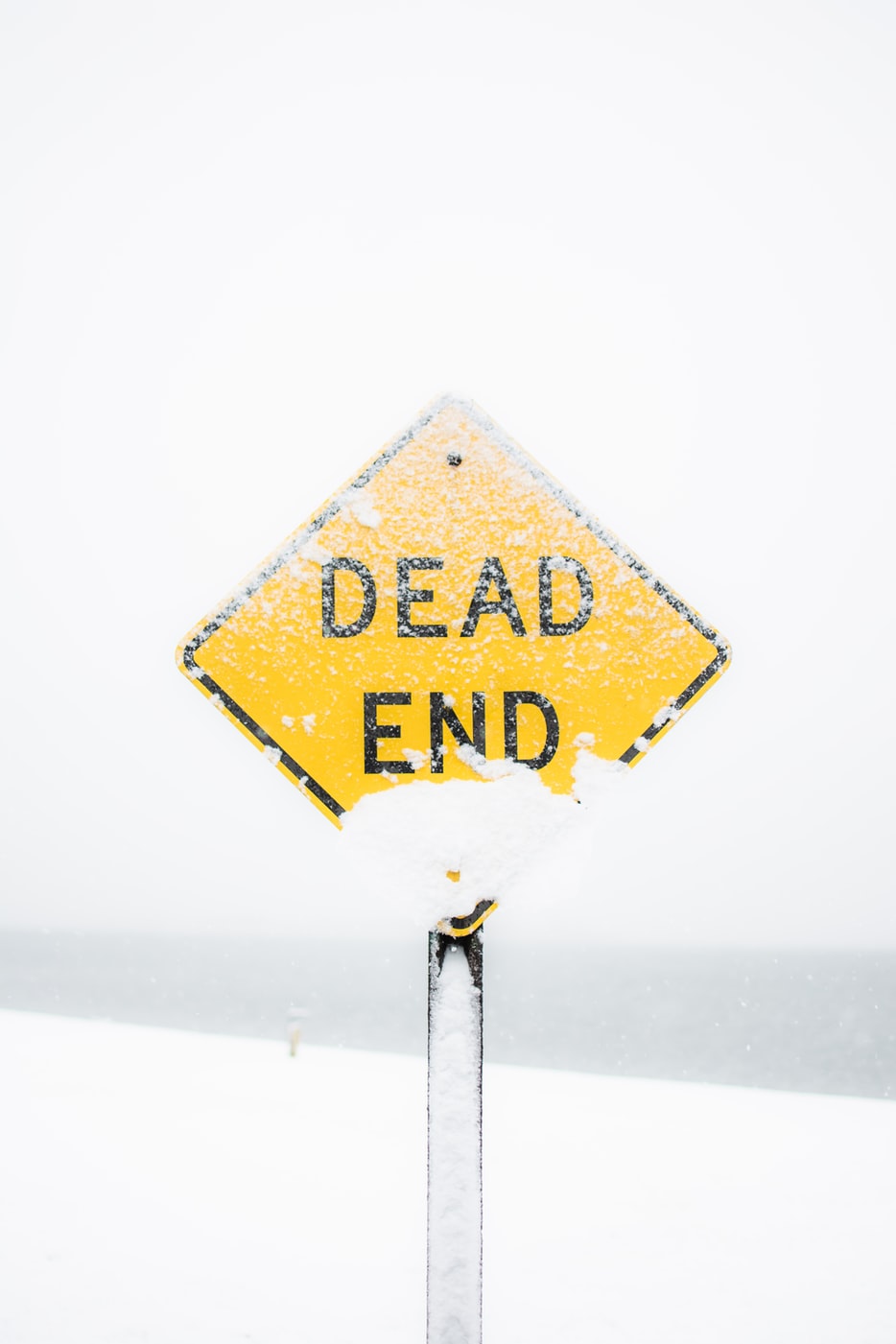 But these things will not kill you. You will not die of disappointment, even if it feels that way in the moment. For the record, you will not die of defeat, either, unless the thing in which you are defeated is, say, a duel, or tussle with shark/bear/tiger.

Words are important. Our word choices and the ways we use them makes a difference to the way we think, forming the “truths” or beliefs that create the world in which we live.

There are many words that are frequently used interchangeably, but really don’t mean the same thing.

Disappointment and defeat are two of those words. I mean, I understand the confusion—they both start with the letter “d”, after all, and both are things we’d rather not experience, thank you very much—but they are not different ways of saying the same thing. They are not true synonyms, just because we tend to mix them up.

They are different, period.

Disappointment is a let down. It’s the sadness we feel when our expectations or hopes are not met. Defeat, on the other hand, prevents a person from achieving a thing, or prevents an aim from being achieved.

It’s really important to learn to distinguish between them. Because while a defeat may certainly be disappointing, a disappointment does not necessarily mean that we have been, or must be, defeated.

How often, though, is that the way it goes for you? I, for one, am a fan of neither experience very much, but I’ve noticed that when I get disappointed about something, I tend to slide automatically into defeat. If something doesn’t go the way I wanted it to go, or doesn’t match the vision I’ve played out in my head, then I tend to give up or stop altogether.

This would be fine, if I didn’t care about what I was trying to achieve, or if I could stop having expectations for how things will go (which is neither possible, nor a good idea, but that’s a conversation for another day). However, that’s not the case. I do care, and I do have expectations, let alone desires and dreams. More “d” words: interesting…

By turning a disappointment into a defeat, you’re effectively turning a simple speed bump into a brick wall. This is, by the way, exactly what your Fear wants: for you to hit a dead end and give up, because then you don’t risk failure, embarrassment and/or certain death.

Your Fear is convinced that failure and embarrassment are fatal, because once upon a time, long before indoor plumbing and sport-specific athletic shoes, screwing something up might’ve meant you were kicked out of the village, whereupon you were sure to become dinner for some toothsome beast.

That may seem melodramatic, or at least dramatic, I know, but Fear is not always a subtle actor. Fear is one of those loud stage actors who shouts all his lines in a weird quasi-English-Mid-Atlantic dialect. It’s annoying and it makes no sense.

So look, disappointment is not a permanent condition. Neither is defeat, for that matter, as long as you don’t stay down forever after you fall down. It’s only when you give up or quit that the defeat becomes permanent.

You’ve been defeated before, and so have I. For God’s sake, ask your mom how many times you fell down on your diaper-padded rear before you finally stood up and walked. Good thing you hadn’t gotten all neurotic about trying new things yet; you’d still be on the living room floor.

If you must be turning anything into something else, try turning defeats into disappointments, instead of the other way around. Call your defeats disappointments and turn dead ends into speed bumps. Make molehills of your mountains. Get back up. Don’t stop when you’re defeated, or give up when you’re disappointed. Become more resilient, more committed, and more creative. Kids who have allergies often grow out of them, and you can definitely grow out of this one.

How do you do this? Join The Life Intentional and find out. This is what we do there: take action, create goals and WIN at them, and immunize ourselves against things like fear, disappointment and defeat. This flexible program is ridiculously affordable, and insanely effective. Find out more, or sign up, here!