Why Commitment Feels Hard (& How To Make It Easier), Part 1 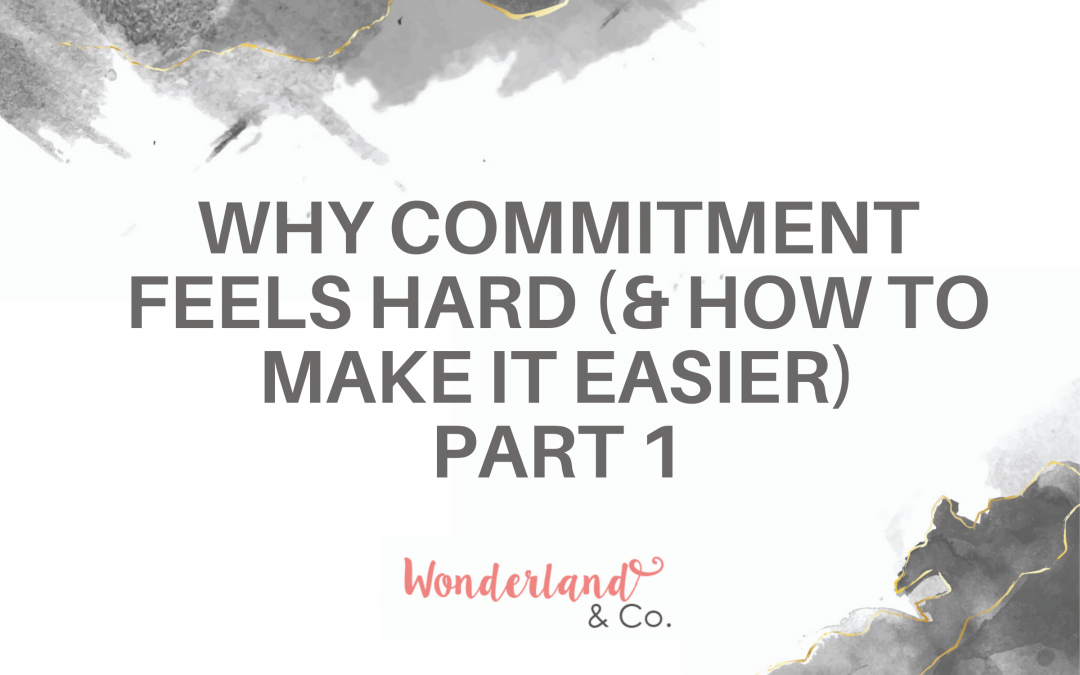 Quick quiz: When I say the word “commitment,” what’s the first thought or feeling that comes to mind?

If you weren’t overwhelmed by warm fuzzies and breathing, “Ooh, commitment is my favourite,” I’d say you’re in pretty good company. We can have a complicated relationship to commitment at the best of times.

This is Part One of a three-part series on commitment: why it feels hard and how to make it easier.

To begin with, I think sometimes that commitment gets a bad rap. I notice that in general, people tend to have a fairly hefty amount of resistance to commitment. This comes up ALL THE TIME in my work, so I’ve had ample opportunity to study the subject matter, and here’s what I’ve got:

First, we tend to have a disempowered relationship to commitment. We even use a definition of the very word “commitment” that isn’t all that inspiring.

Commitment, in its purest form, can actually be an incredibly inspiring, motivating and empowering. Commitment can mean devotion to a cause or ideal. It is dedication, faithfulness and integrity. It can include enthusiasm, resolve, steadfastness and constancy. It can be loyalty, affection and love.

That all sounds pretty good, right? If that were the definition we were using, we’d be just fine with commitment. 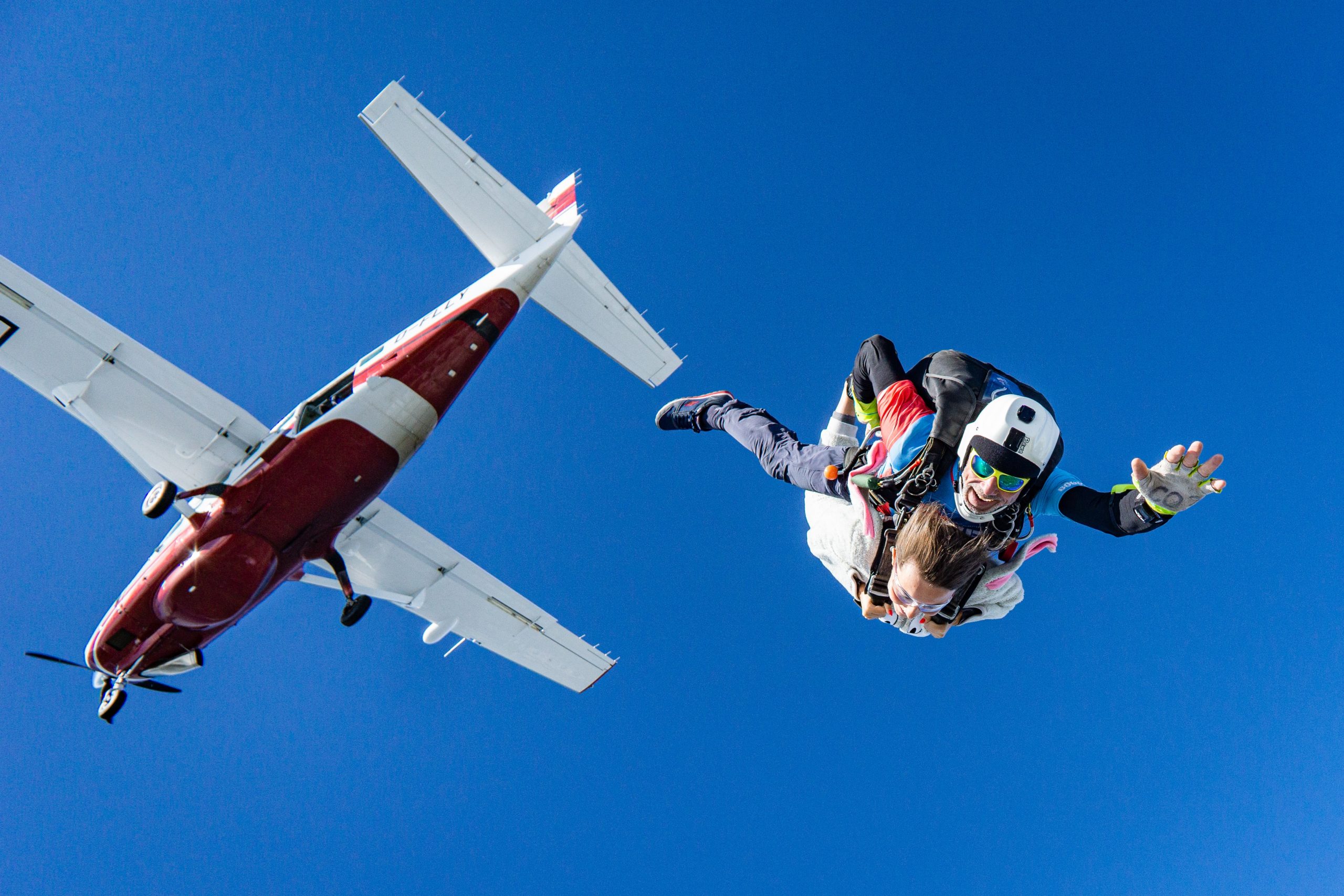 However, there’s another definition of commitment floating around. It’s the one we don’t like and, despite the fact we don’t much like it, it tends to be our default version.

To some degree, this is true. Choosing to commit to something or someone very likely will curtail some of the options in front of you. It’s very possible—and even predictable—that your commitment will cost you something: time, money, energy, focus and attention.

But considering the fact that you’re not going to commit to something unless it promises a decent return on your investment, then I imagine that the rewards must justify the costs on some level. You’re not silly. You’re not going to just run around committing to things that aren’t of any interest or importance to you. We don’t do something for nothing.

Plus, you commit to things all the time without even knowing it. I mean, the fact that you’re reading this sentence right now means that you decided that the reward of reading this article would be worth the time you take to read it. Thank you, by the way. I truly appreciate your commitment to reading the product of my commitment to writing.

Funny, though, when it comes time to making a new commitment or one that isn’t so automatic, how we tend to forget the rewards and just focus on the costs of our potential commitments.

Why do we do that? Well, allow me to nerd out anthropologically for a bit.

One, because we’re neurologically wired to look for the worst-possible outcome. This isn’t just garden-variety pessimism, by the way; this is biology. It’s called negative cognitive bias. Humans are a fairly risk averse lot, generally speaking. Our survival as a species depended on the fact that we tended to look for potential danger, assume the worst and behave with an overabundance of caution.

This was very helpful if you were out for a relaxing wander and couldn’t tell if that long, skinny thing in front of you was a stick or a deadly viper. Treating it like a death noodle (aka venomous snake) either way didn’t really cost you much more than a few extra steps out of your way if it turned out to be just a stick. If it actually was a snake, though, then avoiding it meant you didn’t die a most painful death. High five.

This same instinct that kept your ancestors safer than sorry still keeps you from making other questionable choices today, like diving off of cliffs, walking down dark, eerie paths at night and cutting your own bangs. You want to listen to that small, still voice that whispers, “Don’t do it” . Put the scissors down.

Added to this is our biological compulsion to conserve energy. Whatever judgments you might have about your day-to-day productivity, humans are wired to be energy efficient. Some might even say we’re wired towards laziness or lack of action. Once again, this was very beneficial way back when our ancestors may not have known when or where they’d find their next meal. Conserving energy meant you were prepared for the next big hunt or to run away from a fleet-footed predator.

What happens, though, when your decisions are less life and death in consequence? Well, you and I and everyone else still has the same biology as our forebears, even though a lot of our decisions these days are less survival-based and higher up on the hierarchy of needs instead.

This means that even when you really want to do or create something, you’re going to face significant resistance to taking action. And since The Universe is hilarious, this is even more pronounced when you’re contemplating doing something new or something you really want. Your brain views any potential commitment as a conflict that might result in your untimely demise.

Our nervous systems are nothing if not incredibly diligent. This does, however, mean that we tend to awfully jumpy. This is why we get squirrelly when faced with commitments.

You could say our nervous systems have a flair for the dramatic. OMIGOD. THIS IS GOING TO COST ME SOMETHING. AM I GOING TO DIE?

Probably not, Susan. You’re just looking at adopting a puppy or taking a Spanish class. You can calm down.

We’re not necessarily commitment-phobic; we’re just running on an old, fear-based operating system that hasn’t been updated in several millennia and we’re not even aware of it most of the time.

I don’t have a solution for your fear, by the way. But, if you want to shift your relationship to commitment-making to one that is more empowered, then I invite you to take a deep breath and relax.

There’s nothing wrong with you or with the potential commitment you’re facing, just because you feel nervous about it or resistant to it.

That’s normal. It means your central nervous system is working. It has very little to do with the commitment itself and a lot to do with our evolutionary biology.

When we get off the hamster wheel of our biologically driven fear responses to potential possibilities, we can instead focus on answering a much more interesting question:

Why might I be interested in making this commitment? What’s in it for me to contemplate dedicating my resources to this cause?

I bet you’ll find that there’s something worth looking at here.

Check out my next post in this series to discover the next step in making commitment feel easier.