Why Balance Seems So Damn Elusive 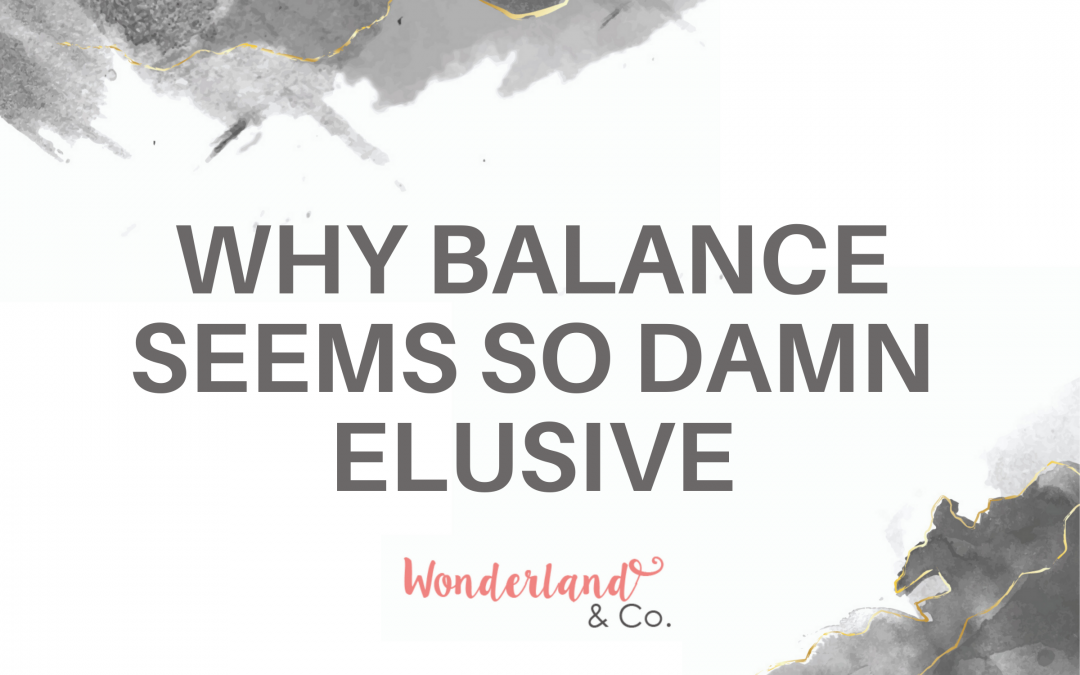 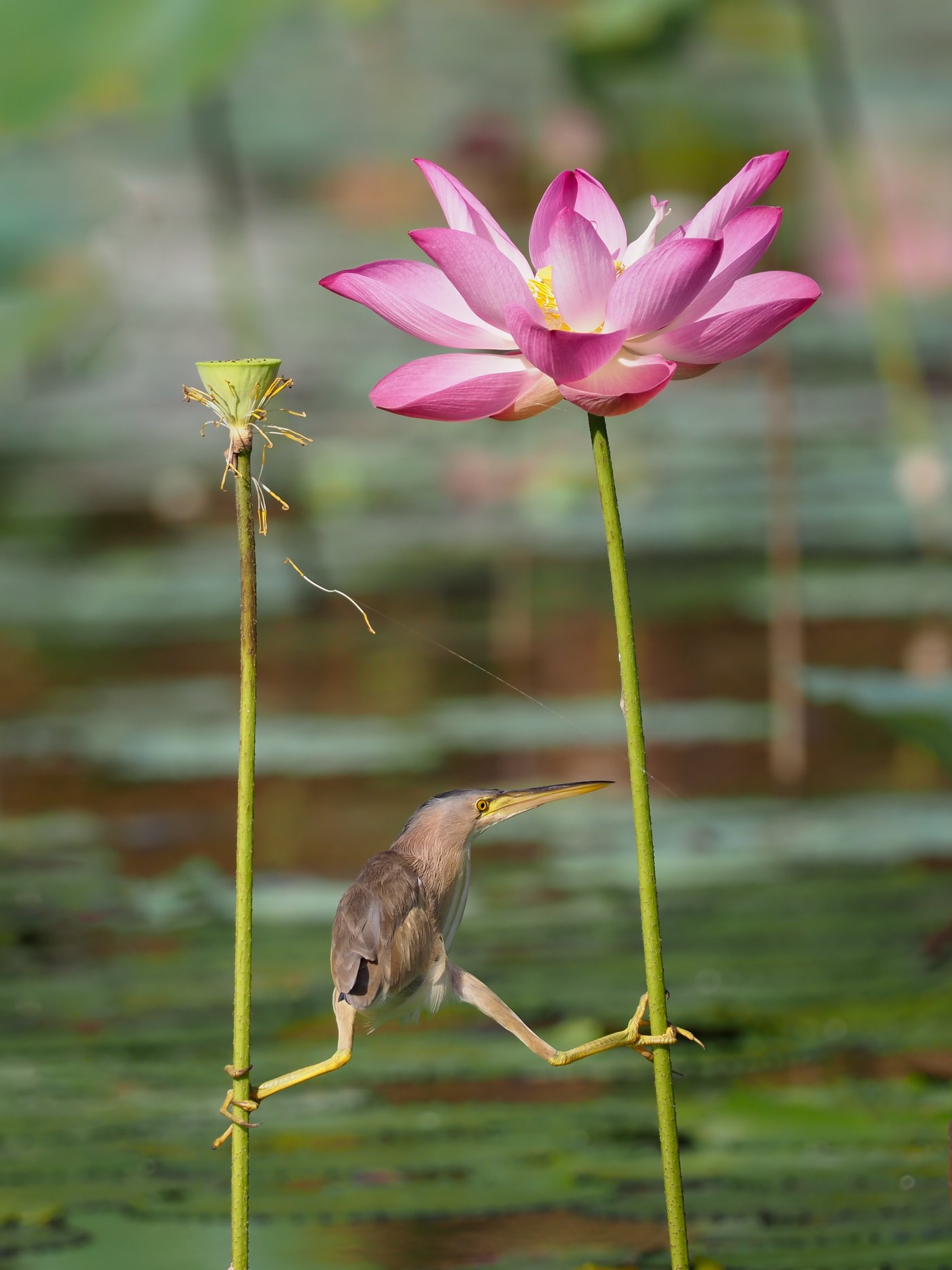 If work/life balance seems elusive to you, that’s because it is.

Work/life balance is a myth.

There. I said it.

How do I know balance is a myth? Because so many people are constantly looking for it, with seemingly disappointing results. You might as well be looking for a unicorn. At least at the end of that quest, you’d have a unicorn, instead of a fickle and flighty conditional concept that scampers off excitedly at the merest sniff of interference.

Clearly, there are no rules for this game.

One thing is sure, though. If we haven’t gotten work/life balance handled before this, we’re likely seeing our unresolved relationship with it up close and personal these days. There has never ever been a time when so many people have found it as difficult to draw a boundary around their work lives and their personal lives. A masking-tape line down the middle of the room isn’t going to cut it.

Balance is a competition between two or more competing forces. This is great news for us humans, because if the popularity of superhero movies is any indication, we love us a good fight between two opposing forces. We can make one “good” and the other “bad” and root for our favourite side to win, while personally relating to the underdog.

There will always be opposing forces competing for our time and attention. Whether you are aware of it or not, in the hunt for balance, you’ve set yourself up to be in an ongoing game of tug of war with Life and Work, which is a pretty boring game, in my opinion. And, in case it’s unclear, you wind up as the rope in the middle. It’s not a very rewarding a position.

So why is balance so hard to find? Well, here are some of the key reasons:

Why is balance so hard to find? Oh boy, do we have reasons. First and foremost, balance seems hard to find because we have told ourselves that it is hard to find, and we do tend to believe the things we think.

Balance also seems hard to find because we have told ourselves that it needs to be found, period, which implies that it’s not naturally present. We’ve entered a game of hide and seek, a game entirely dependent on one side being good at hiding, while the other side has to get good at finding, and we keep coming up empty handed.

2.  It’s easier to be seeking balance than it is to stay there.

Balance is a static concept in a world that is anything but. It’s easier to be constantly looking for something that doesn’t exist than it is to ensure the conditions for balance to work.

Because of this, balance is precarious at best. I mean, if you’re standing with a foot in two canoes (time for a very Canadian analogy), you’re either going to do the splits, or fall into the water, or both. Even if you do manage to achieve balance, it will take all your strength and focus to keep from losing it and falling in. God help you if you have more than two canoes.

Balance feels fragile, because we feel fragile or vulnerable. We become obsessed with keeping our balance safe, so that we can feel safe. It’s easier to talk about needing to find balance between work and life than it is to actively commit to creating it. It’s not satisfying, but it is familiar.

You could take this one of two ways:

One, you don’t actually want balance, because you get something out of being in the constant struggle and heroic search for it. Maybe it’s martyrdom, maybe it’s recognition for how hard you’re working, or maybe the absence of balance means you get out of leaving your comfort zone and going after what you really want (because that is scary as all get out).

Or two, you don’t want balance: you want what balance might make possible.

We tend to talk about balance as if it was the prize in itself. I think that’s partly why it seems so elusive. We haven’t spent the time to define what balance would actually look like for ourselves, in our lives, so how would you ever know if you found it? You might think you know, but I bet your definition is still pretty vague. Running towards an undisclosed location makes it hard to know if you’ve arrived.

4.  You aren’t saying what you mean, and you won’t say what you want.

We say “balance” but we mean “relief”. We seek balance without questioning whether we even want to be on a tightrope.

In the face of our habit of trying to stuff twenty-seven hours’ priorities into each twenty-four-hour-long day, we are overwhelmed, and we want to feel less overwhelmed. The problem though, is that  simply wanting “not this” (whatever “this” is) doesn’t move us any closer to the experience we are actually desiring.

“I don’t want to be so busy,” isn’t as manifestable as “I want to prioritize my health, and connect with people at the same time, so I’d love to join a recreational soccer league.” The former is a complaint; the latter is an option. One moves you forward, while the other doesn’t.

Keeping your desires vague is a recipe for staying stuck. If your desires are vague, you won’t take action, because you won’t know which action to take. How convenient.

The first step to creating change is to truly see what is happening, and to see the stories you’ve made up, but have been believing as if they were fact.

If you want to create an experience of balance in your life, take a look at where you’re actively keeping it out. Are you secretly letting yourself off the hook by talking about wanting balance, but not willing to do what it would take to create it? Are you being vague as to what balance would actually look like, so that there isn’t any clear path towards creating it? Have you become really good at staying upright in precarious situations?

The world is changing, fast. There are no perfect conditions.

If you want to find balance, you’d better learn how to create it in the midst of the storm.