The worst thing a back-up plan can do is work.

Don’t get me wrong; if I’m on a plane and it’s going down, then you can be damn sure I want my parachute to work, and work well, at that. Incidentally, this is also the only situation in which I plan to ever use a parachute for its intended purpose, and I heartily hope to avoid this situation, period.

Most of the time, though, the back-up plans we have aren’t for our literal and physiological survival, no matter how hard your fear and anxiety try to convince you otherwise. And, oh, they will try hard to convince you.

No, nearly all of our back-up plans are safety nets, conscientiously created to rescue us from the abject failures of our hearts’ desires, which, from this side of our hearts’ desires—the side where we haven’t got them yet—would result in our certain and painful demise. Our carefully and thoughtfully wrought back-up plans aim at saving us just in case what we want to do doesn’t work out. 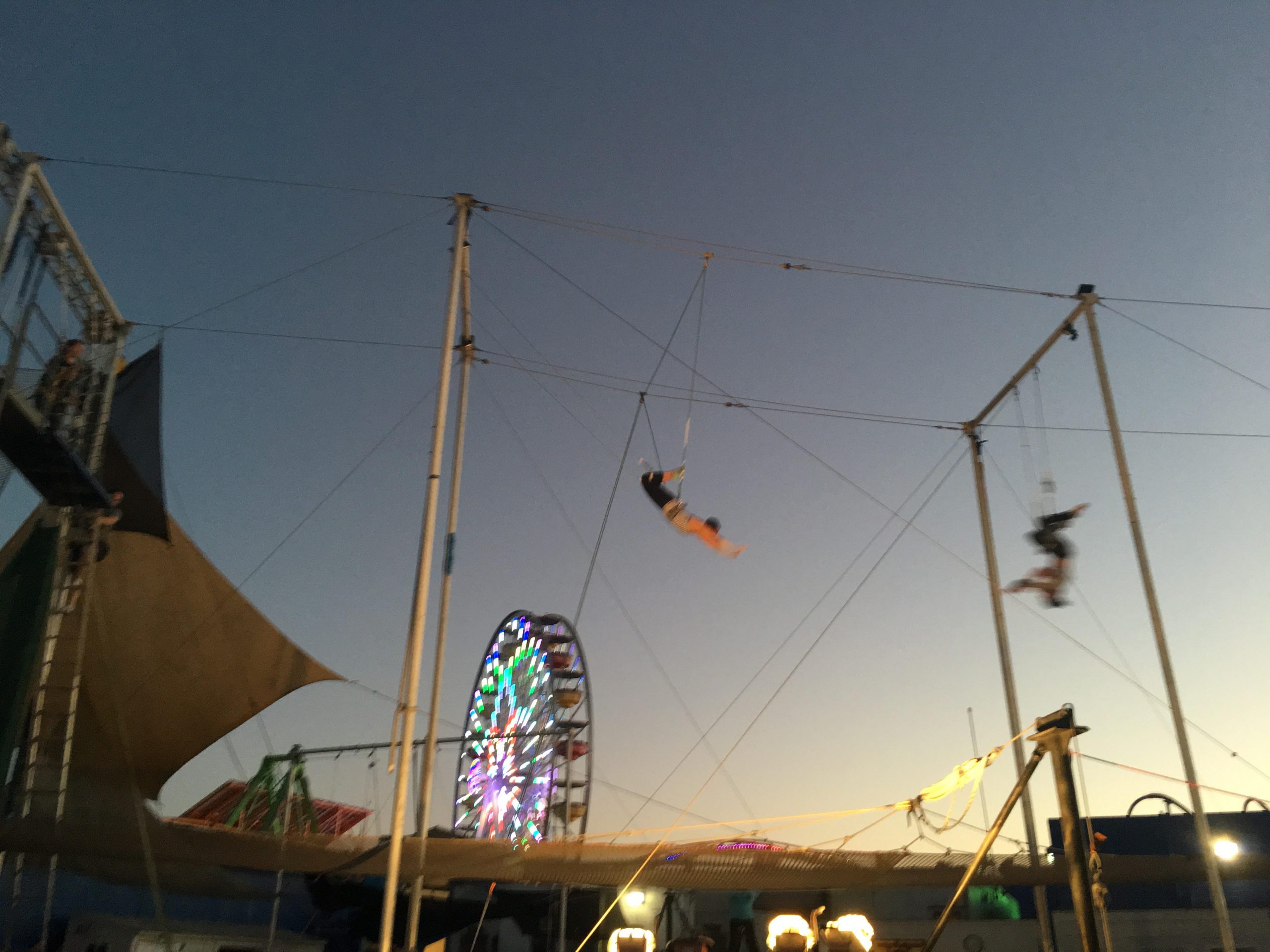 That’s me, in the middle. #humblebrag

The thing is, they’re largely unnecessary. I mean, let’s say you try to do something, and you fail at it. Ugh. It sucks, for sure, and it’s very disappointing and discouraging and you’ll likely have a lot of thoughts and feelings about it and make it all very meaningful about you, and the world and Life, but you’re unlikely to actually expire from your failure. Unless, of course, you choose to sit still for All Of Time after you’ve failed, whiling away your remaining time on this planet in the abject and exclusive contemplation of your lack of success until you eventually starve to death, or succumb to the elements/be eaten by large predators.

Does that sound dramatic and ridiculous? Yeah, I thought so, too.

Nah, you’d move on and do something else. Hopefully, you’d move on emotionally, too, but I think we all know that this is an option not all of us choose to take.

However, I digress. Our unwillingness to relinquish our unwanted emotional baggage is a topic for another day.

The thing is that a lot of the time, back-up plans become The Only Plan, which in turn becomes reality, because it’s literally the only thing we take any action to create. The grass grows where we water it, so if we’re putting a lot of time, attention and intention into creating a solid fall-back plan, that’s exactly what we’re going to do: fall right smack dab into the safety net. It’s right there, after all, just waiting to catch you.

How do I know this is true? Because I did it myself, and I must say, I did a thoroughly bang-up job of it. I was utterly devoted to becoming a professional performer: I took more dance classes than seems humanly possible for the better part of a decade, and attended an elite performing arts college. And then I went to university and talked to precisely zero agents (what if they had said no?), and took internships with the federal and provincial government, which turned into a 13-year career with the federal and provincial government. If my intention was to be on stage, then a cubicle was probably not the way there.

But I was terrified of staying poor. I was scared that if I couldn’t pay my way, then I’d never be able to succeed at what I wanted. I just needed the stability first, and then I could go after my dreams. Because apparently stability is the path to a life of stardom and adventure?

Does this sound familiar to you? I bet you’ve got a version of a story like mine; what was your dream, and what was your back-up plan?

Most people put more thought, time and effort into the back-up plan because they spend more time thinking about what could happen if something doesn’t work out than they do spend thinking about what could happen if it does. From there, we get so busy building our back-up plans and safety nets to avoid failing that we forget to build the original plan we were backing up in the first place.

It gets extra tricky when your back-up plan works out so well that you never bother risking acting upon the original plan in at all. If your back-up plan succeeds, then why would you leave the relative comfort of your complacency to try something that seems more difficult, or requires you to deal with your limiting beliefs about yourself, The World, and How Life Goes? That’s crazy talk!

It’s not a back-up plan if it’s the only plan you make or take action on. When you only have one plan, and it originated as a back-up plan to assuage your fears and need for control, then it’s unlikely you’ll risk the growth and courage required to leave the comfort of what you can predictably manage to go after something more difficult or intimidating, as meaningful goals often seem to be.

Back-up plans are not designed to create what you want; they are designed to create what you think you can get if you avoid getting whatever it is that you don’t want (usually failure, discomfort, or struggle). Back-up plans don’t let you win; they let you avoid failing. The only way you win with a back-up plan is that you succeed at a game that was never the game you wanted to be playing in the first place.

If you put the same effort into your desired outcome plans that you put into your back-up plans, you’d probably get a lot closer to what you’re wanting to achieve.

It doesn’t need to be all or nothing. In fact, your life would likely be a lot less stressful, a lot more successful and a lot more enjoyable if you broke your dreams into (many) more manageable steps with a (much) more realistic timeline.

Additionally, if you don’t assume that your success should be total and immediate, then incorporating parts of your back-up-plan (without forgetting your original plan) might be the very real steps that make the life you truly want to be living a real possibility.

We’re always winning at the game we’re playing, and you can’t win at a game you won’t play.

So, it might be a good idea to make sure you’re actually playing the game you really want to win, and not just the back-up plan in case you lose.