The Problem with Teamwork 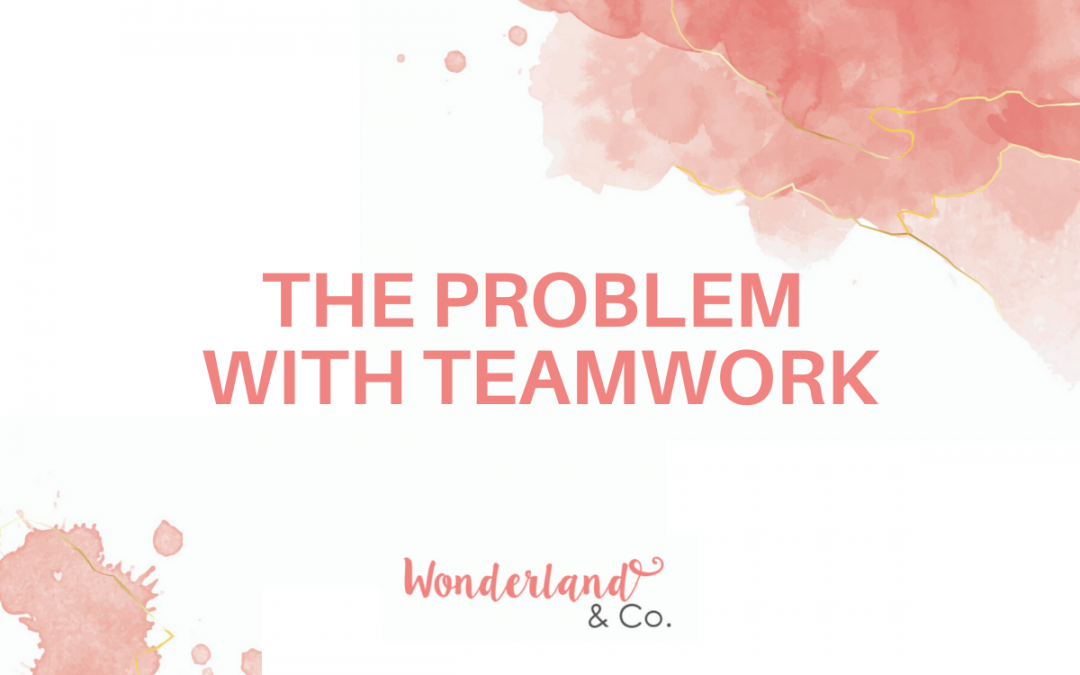 When it comes to teamwork, I suspect there are mainly two camps.

The first one is all, TEAMWORK MAKES THE DREAMWORK. LET’S DO THIS, Y’ALL.  YAY, TEAM! There’s a lot of enthusiasm and fist-bumps and high-fives (or elbow bumps, because pandemic). There are matching shirts and lots of chanting and nicknames.

The second group is nowhere to be found, because they’re not in a group, since being in a group would mean they’re on a team and they’re allergic to teamwork. This second camp avoids the first camp like the plague.

Where are you on this spectrum?

As for me, I’d say that I’m primarily in the second camp, while occasionally finding myself on a team and being pleasantly surprised at how fun being part of a team can be, while simultaneously being reminded of how annoying it can be to work in committee.

As someone who is primarily introverted, but also gregarious (just because I love fun and people doesn’t make me an extrovert, you guys), I suspect I’m a bit of an enigma to team-loving people who assume by my zest and general joie de vivre that I, too, adore group work and fun-tivities en masse.

I mean, I don’t always dislike them once I’m participating, but getting me to sign up or show up requires overcoming some SIGNIFICANT solitary inertia.

I could list my complaints about teams—there’s always a slacker, the end product suffers from indecision and inconsistency, because a camel is a horse designed by a committee, etc—and I wouldn’t be wrong. Oh, the stories I could tell you from my days in an MBA program where almost everything you do is done in a group. 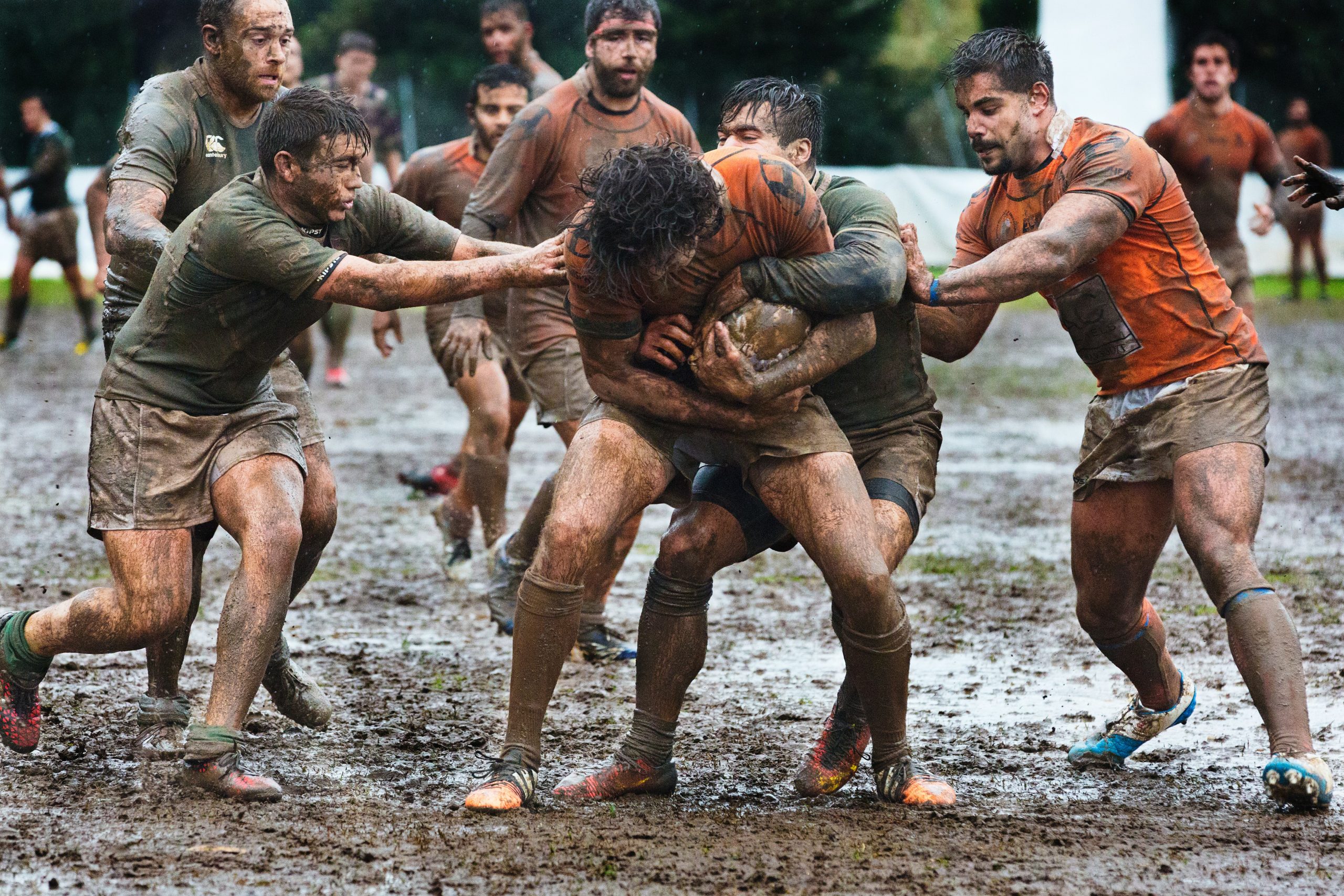 When it comes to the problem with teamwork, I have Evidence.

The truth, though, is that I struggle with teams because I struggle with partnership in general. It’s all my stuff, even if teams can sometimes be annoying and frustrating (we all know they can).

I struggle to allow support, because one of my coping strategies in life has been to “earn” my place at the table, which I did by trying to anticipate the needs of mostly any living being in my vicinity, and meet their needs single-handedly. I don’t take help; I give it.

I’ve been told I’m difficult to support, and I imagine that’s true. When people ask me how they can help me, I never know the answer. I mean, honestly, if I did know the answer, I’d probably have already done it myself…

I became accustomed to doing things solo in part because I was often alone as a child (quite happily, for the record), and alone became not only my tendency but also my comfort zone.

Alone, you can’t disappoint people, because alone, it’s just you.

Disappointed in myself I can handle, but disappointing others drives my inner perfectionist insane.

Being part of a group amplifies the pressure I already put on myself to be perfect. While it’s one thing to be disappointed in myself, I’m pretty used to it (hello, Perfectionism!). However, I cannot handle the thought of letting others down or being the reason a team I’m on doesn’t win.

My competitive brain is always looking to gauge my position and see if I measure up. If the team wins, it’s because of the others. If the team struggles, or hits an obstacle, though, it’s all on me.

Alone, my not good enough was mostly only apparent to myself. In a team, though, my lacklustre contribution, as I fear it would be, is blatantly obvious. Then, people would KNOW I wasn’t good enough, and I can’t have them knowing that, can I?

This shows up in allowing help around the house and yard: if I can do it myself, then shouldn’t I just do it? It took almost a year (maybe more?) of Adam encouraging me to find an assistant before I did, and my first experience with a virtual assistant nearly convinced me that it was a terrible idea. We were not a good fit, but I assumed that was all my fault.

It was better if I did it alone, because I’m impossible to work with and to support.

Even in my marriage, I struggle to let Adam support me, not on purpose or because I don’t trust him (though that’s often the impact on him of my not allowing his support), but because it’s my automatic, knee-jerk response to think the weight of the world is on my shoulders and mine alone.

One thing I cannot be is a burden, in this crappy story about me. Even if it’s a burden happily shouldered by those who love me.

You should see me bring in groceries. I’m like Frodo Baggins, carrying the ring to Mordor, ignoring the fact that Samwise has been by my side the whole damn time.

Of course, these stories are not the truth, but my fear would have me believe them anyway. Just like your fear has you believe your stories about you and your place in the world.

Now, it’s not wrong to have a preference, and honestly, I still often opt for solo activities, because I like them. But, I also know that there is reward in being a part of something, and that it can be worth the discomfort to grow my edges when it comes to letting people be on my team, and letting myself be a part of theirs, too.

So I didn’t stop at one less-than-stellar experience with an assistant; I tried again, and thank goodness I did: she’s amazing and fun and creative and makes it easier for me to do my work better.

I work constantly to allow Adam to support me, and let his wins be our wins, and vice versa.

If you prefer to do things alone, that’s totally okay. But it’s worth checking out your stories about what partnership and teamwork mean to you, because those stories are where the problems lie. It’s not the reality that teams are hard or problematic; it’s how we relate to them that creates that reality.

If you’re a driven person, this is totally normal. And, the stories that drive your relationship to teamwork and support are probably worth examining, if you’d like to go further than you can go alone.

Do you struggle to allow support, or avoid being part of a team? What are your stories or “truths” about teams and group work, or needing support?