The Mother I Never Meant To Be 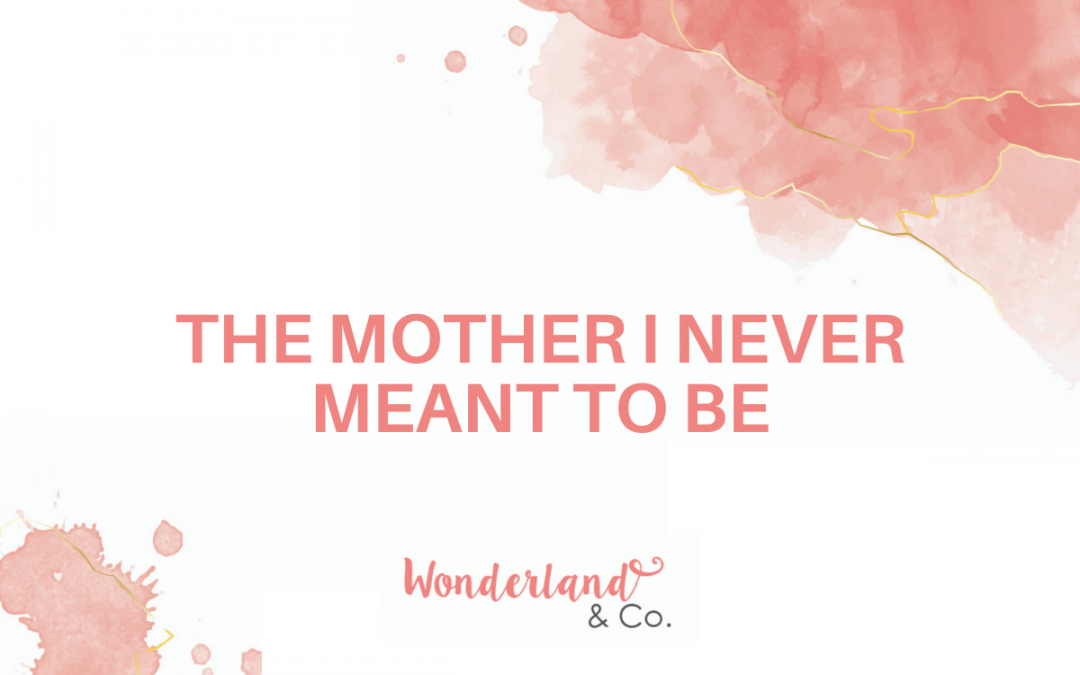 I’m not really sure I want to write this and I’m even less sure I want to share it. My insides are twisting as I type this, but they’ve been twisting for months, so I’m just going to write it anyway.

It’s really difficult to be suffering from something painful or challenging. That much may seem blatantly obvious, but what happens when your suffering isn’t obvious? When you’re feeling like the world has stopped but still keeps going and the floor has disappeared and nothing makes sense anymore and no one else notices?

What do you do with your suffering when no one can see it? 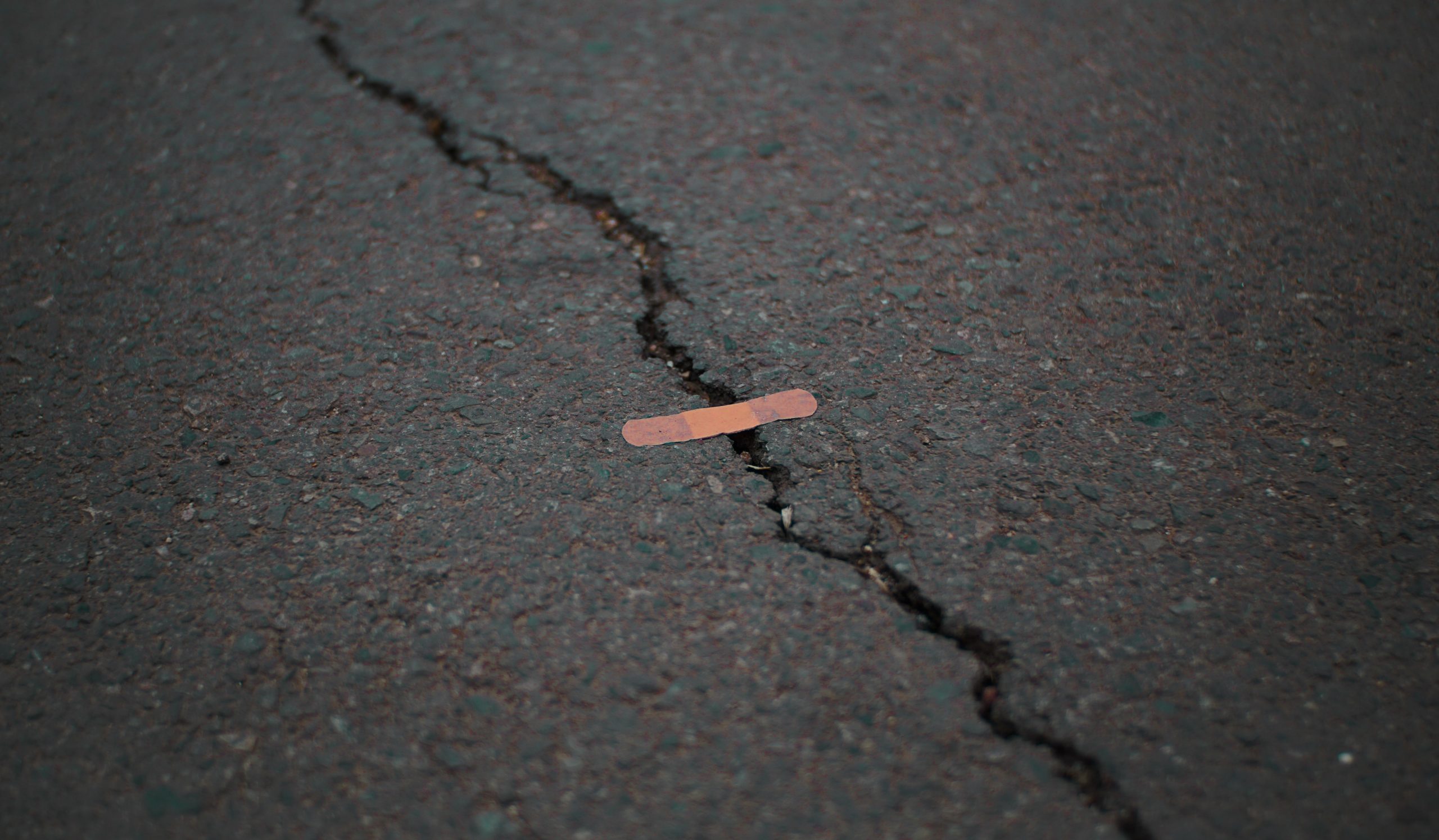 Just before December last year, in the middle of the night, I had a miscarriage. Even that sounds too clean, too easy. It was neither of those things. It was frightening and confusing.

I didn’t know what was happening and I didn’t know what to do. It didn’t even occur to me to get help. I was too busy dealing with the animal of my body, as she did what she knew she needed to do, even if I couldn’t understand why.

“What did I do wrong? Did I exercise too much? Maybe I shouldn’t have done yoga, but I skipped backbends. Did I eat something I shouldn’t have? There MUST be a reason. Is this my fault?”

As if knowing why it happened would change anything.

For hours, I wouldn’t take painkillers, just in case there was still a chance that my baby would make it through that long, horrible night. I think I knew what was happening as soon as it started, but hope is a fiercely loyal force deep inside the human heart.

I knew the statistics. I knew that many, many women miscarry, but I never thought I would be one of them. I was surprised by the pain. No one really talks about it, and those who do don’t tell you the physical and emotional pain of a womb delivering a life that will never get to live.

I don’t really blame them. We don’t really want to think about it. The loss of a baby is too painful to contemplate, so we mostly just don’t.

The next morning, much to my surprise, the sun rose and people got up and went about their lives. The world hadn’t stopped, even though mine had.

I’d just begun to allow myself to feel excited about this new adventure. I’d felt like I wasn’t allowed to be excited because I’d been so unsure for so long as to whether or not I wanted to become a mother at all.

The pains and bleeding lasted for days, awful souvenirs of an experience I wished I’d never had and didn’t want to remember.

We had told almost no one our happy news, because that’s what you do, “just in case something goes wrong.”

What that really meant is that when something went wrong, I felt utterly and completely alone with the pain in my body and my heart. Hardly anyone knew I’d been expecting, so lucky for them, they didn’t know what I’d lost, either. They hadn’t had time to get excited, so they had nothing to lose and nothing to mourn.

Instead of announcing our impending parenthood in a cute and clever, Pinterest-worthy way just a few weeks later on Christmas, we were telling people near to us that we were pregnant—watching their eyes light up and the smiles and congratulations flit across their faces before we could quickly add, “BUT, we lost the baby.”

The smiles faltered, the happy words left hanging in the space, unuttered.

“I’m okay,” I’d lie, so we could move on and they could pretend to be okay, too. I was uncomfortable with their discomfort with my discomfort.

Some people said the right thing. Some people didn’t know what to say at all, so after “I’m so sorry,” came nothing at all.

Some people, with the best of intentions, said the wrong thing: “At least you know you can get pregnant, right? You can try again.”

I get it. Or at least, I get it now. I didn’t really understand the loss of miscarriage before experiencing it myself. It doesn’t feel very real to anyone but the parents-not-to-be.

That’s okay. It’s not wrong. It’s human. People move on, because that’s what we need to do. For them, there was nothing to move on from. That’s life. It moves on.

Except when it doesn’t.

About a week after my miscarriage, I stood in a grocery store and noticed a new mother a few feet away from me, her tiny baby snuggled to her chest. I had to make myself look away, because I was staring while my sorrow, confusion, anger and envy raced through my body. As I shifted my gaze, a pregnant woman passed by in front of me, probably about six or seven months along.

Seriously, Universe/God/Divine Spirit? Are you kidding me?

All I could think was that there are three mothers here, but the world would only see two. I didn’t count. I was a mother with nothing to hold. A mother who was not a mother. I was invisible, just like my pain.

Instead of dealing with my grief, I reasoned with it instead. I guess that’s called “bargaining”.

I’m not a woman who has lost a baby. I don’t belong to that club. My loss doesn’t count: I wasn’t far enough along. I hadn’t felt my baby move. I was confused about motherhood when I should only have been ecstatic and overjoyed, so I don’t have a right to my grief or anyone’s sympathy. I know the statistics, so I shouldn’t feel this way. My grief isn’t special or important.

Except, now I am in that club. A secret club everyone knows about no one wants to join. The membership cost is huge and for that price, you get absolutely nothing. At least, nothing that you want. You become invisible. Instead of holding a baby, you hold a grief that no one wants to remember, but you don’t have the luxury to forget.

In medicine ceremony in Costa Rica, I was finally able to cry. I cracked open the frozen tomb of my grief and I poured my sorrow out of my eyes.

I didn’t want to take up space on a day that celebrates motherhood, where I don’t quite count. I find myself in this liminal space of being a mother who isn’t, wondering if I have a right to be seen for whom I ever-so-briefly was.

One person let me know they were thinking of me. That they knew it might be a difficult day for me. Another person sent me love for when I would feel ready to try again.

I was grateful to be seen, which felt good and bad at the same time. I cried, alone.

Even Adam forgot. I don’t blame him. I wish I could, too.

I smiled and wished everyone else a Happy Mother’s Day. I hoped people couldn’t see what I was trying to hide. I didn’t want to ruin anyone’s Mother’s Day by reminding them of what I’d lost, so I kept quiet instead.

I moved to the side, where the invisible people go, silently screaming for attention they wish they didn’t want to get.

I worry even now—now when I’m writing this and now, whenever you’re reading this—that I should keep all of this to myself. That this isn’t what people want to read or know about me. That it’s a bummer. For the record, I get it: this is a bummer.

Maybe writing this was enough. Maybe I’ll delete it.

It’s bizarre how sometimes we can be okay and not okay at the same time.

I never knew for sure I wanted to be a mother, apart from the all-too-brief period of time I was one.

I never knew what kind of mother I was meant to be and I haven’t yet had a chance to find out.

What my miscarriage has taught me, though, is that a mother who isn’t is the one kind of mother I never meant to be.