Surrender as an Act of Sovereignty 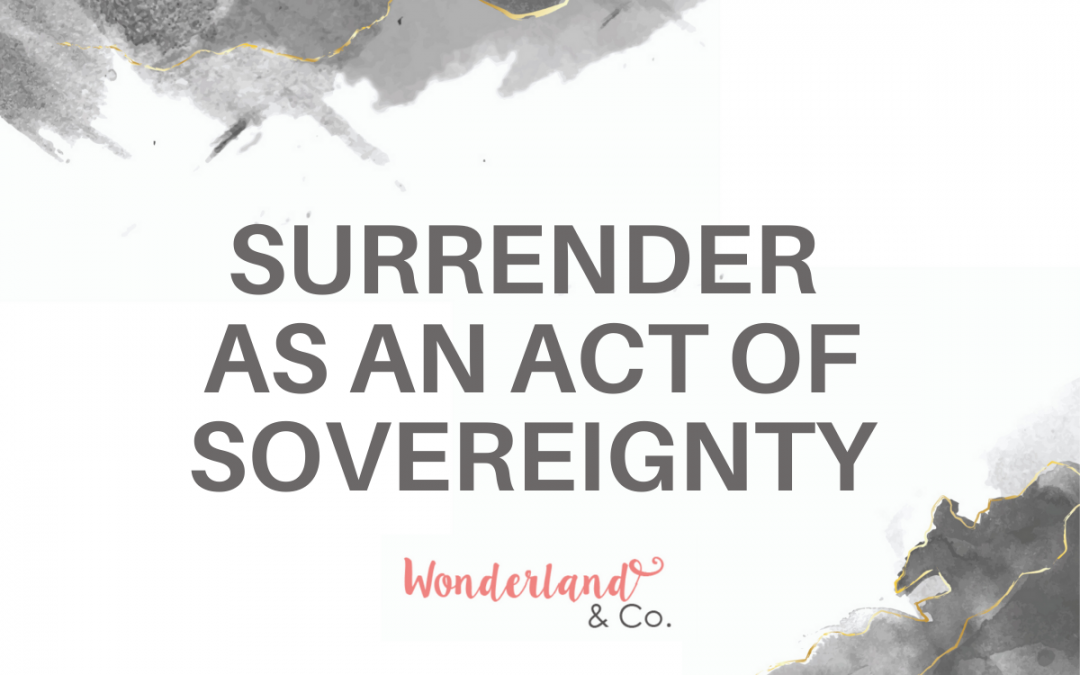 What comes to mind when you think of the idea of surrender?

White flags waving in a breeze? Falling to your knees? Slapping the mat and crying “uncle”?  Hands up in the air, facing the foe? Or maybe literally every romance novel plot line ever, in which the headstrong woman surrenders to the overpowering masculine hero, or the rebellious hero surrenders his heart to the overwhelming love of a good woman, as depicted by the intensely airbrushed image on the cover, in which she appears to be gasping for breath? Why are they always mid-asthma attack?

It’s a real trip, the way we can simultaneously want something and not want it, at the same time. No wonder humans get stuck so often. We’re so cute.

Over the last couple of years, I’ve known that I had a significant breakthrough in surrender just waiting for me to open the door, but then, since I hadn’t yet had the breakthrough, I wasn’t all that keen to lay down my guard and let it in. You see the conundrum.

As a former and also sometimes current yes-person (people-pleaser, caretaker, product of a codependent childhood), you’d think surrender would be easy. After all, if I’m busy being a yes to all the world’s demands and desires, real or perceived by me, you’d think I’d be pretty good at giving in.

In many ways, I am. I still tend to worry about other people’s experiences and feelings, and try to manage them the way I also try to manage The Universe and everything that is happening to me, near me and around me. I’m not going to say I’m a recovering perfectionist, because that would be a big, fat lie. I’m better than I was, sometimes able to let done be better than perfect, and other times, I’m still desperately trying to make reality match the image of How I Thought This Would Go that is hanging on the walls of my mind.

But about giving in: hoooo boy, do I ever struggle with surrender. After nearly four decades of being a yes to everyone around me, lest they be unhappy (or lest I think they might ever be remotely dissatisfied ever when it came to something involving me), I had actually created a rift of resentment within myself.

Part of me rebelled against the very successful tactics developed by a young, codependent child—valuing others’ approval, and obsessively seeking it, over my own; fearing abandonment; hyper-vigilance; an exaggerated sense of responsibility and a need for control, et cetera. She began to blatantly refuse to concede to anything being asked of her, even if it was something she wanted.

“It’s a trick,” she’d affirm, as she’d bristle at the merest whiff of anything resembling an invitation to lay down my guard.

The part of me rebelling, though, was also about eight years old, so her best strategy was to cross her arms, stamp her feet and declare loudly to any passing opportunity for surrender that “YOU SHALL NOT PASS!” And in case you do not recall, two elementary-school-aged girls facing off are spectacularly well matched in their stubbornness.

My inner rebel, channeling Gandalf versus the Balrog, is overreacting, just like my immune system does to grass pollen this time of year, because she believes there is a threat. The result is as frustrating with surrender as it is with my seasonal allergies. Why am I attacking myself? I hate it. It feels awful.

The thing I want is on the other side of laying down my sword and shield, but I can’t seem to give in the fight. I feel like I’m fighting for the sake of fighting. When I’m coming from this place, all I care about is not losing, but I’m actually ensuring I won’t win.

The result is that I can’t enjoy a lot of life, as it happens. I’m too busy comparing what is happening with what should have happened, and let me tell you: the reckoning often comes up short in that tally. I can’t enjoy the results I create, and I can’t enjoy the experience I’m having creating it. I can’t trust that things will work out, or that people are in my corner. I can’t know that people won’t abandon me, or that even if they did, I’d be okay.

My husband gets to be married to a porcupine who desperately yearns for love, affection and reassurance, but it’s mighty difficult to get close to her without losing an eye.

Does any of this sound familiar? If so, you’re in good company, because here I am, too.

I know that some things have happened in the past, and they have taught you about betrayal, and that your heart is a fragile thing that needs protecting. I know that how life went or didn’t have convinced you that your sovereignty is vulnerable to attack, and that it’s delicate. That surrendering to Life, to love, and to your own desires leaves you stripped of your crown and your dominion over yourself.

But these stories are not the truth. They made sense when you were young, and your will was easily overcome by rules and parents and other people’s opinions of what was good for you. Maybe they were right, and maybe they were wrong. Maybe it was both. Probably, it was both.

If those stories were true, then pitting your sovereignty against your surrender makes a lot of sense. Avoid surrender, don’t capitulate, ever, and you’ll maintain your rule, like a paranoid monarch who never leaves the castle keep.

Now, your sovereignty and your surrender reside together. As one grows stronger, so does the other. Your ability to let people in, let Life unfold as she does (because she will anyway), and let yourself lean against support is actually how you grow your kingdom, and your ability to rule your life.

It is an act of grace, which takes courage, not weakness, to let down your guard in the face of your fears and doubts and misgivings and distrustful stories, and allow Life to happen. A strong tree is able to bend in the storm, rather than break.

Of all the difficult things, horrible possibilities and dreadful foes your young rebel is protecting you from, the most formidable adversary you face is not out there, but inside of you.

The path to your sovereignty is paved, not with walls, but with your surrender to your own Self. 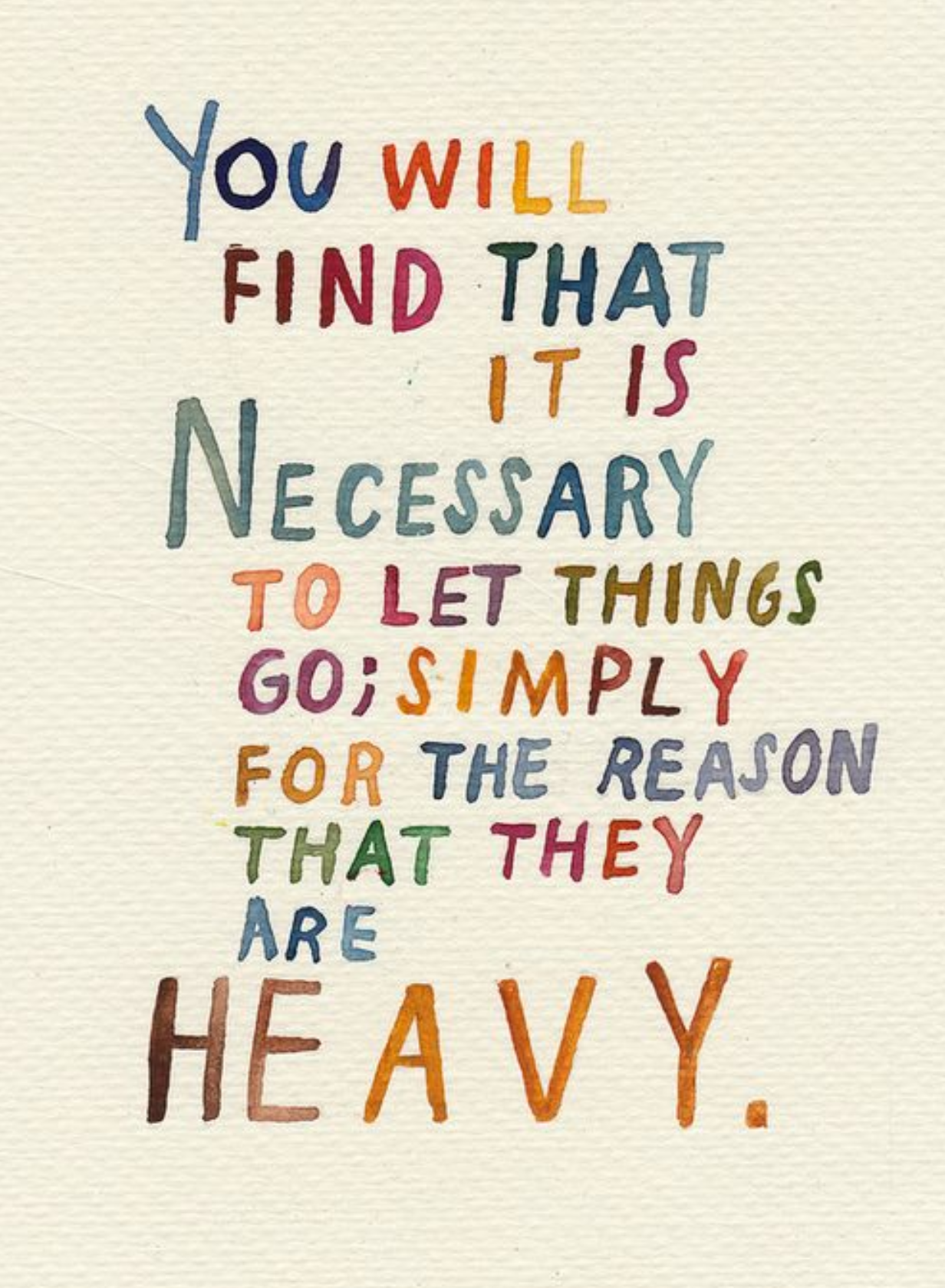