Everyone’s Languishing and Here’s What That Means 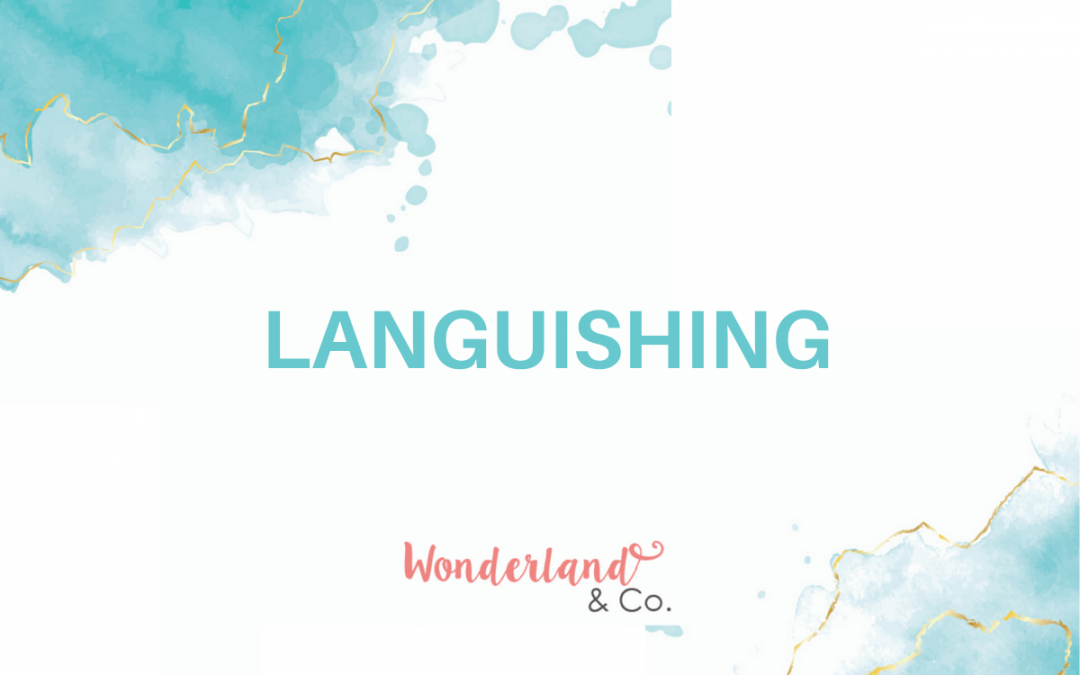 You know that feeling when nothing’s technically wrong, but you just don’t feel right? It turns out there’s a name for this: languishing. When I read it in Adam Grant’s recent article on the New York Times, I instantly felt my body relax as I recognized the feeling I had been struggling to define.

Languish: to lose or lack vitality; to grow weak. To be forced to remain in an unpleasant place or situation.

That about sums it all up, huh? Languishing.

Great word, shitty feeling. I figure it’s no coincidence that the word languish rhymes with anguish…

Maybe you have already read Grant’s article (if not, you probably should); I have never seen an article show up in so many different parts of my world at the same time, and resonate so deeply across so many cross sections of society. Clearly, he’s struck a chord that resonates with a lot of us right now, and for good reason.

A lot of us are grateful to find out that there’s a term to describe the experience we’re having of life right now, precisely because we feel like we don’t have the right to complain, relatively speaking.

For a lot of us, nothing’s really wrong—I mean, apart from the obvious global crisis we’re all in and the impacts of this G-D never-ending pandemic. Don’t get me wrong; I love me a good rollercoaster, but I genuinely prefer to ride them at theme parks (a post-pandemic adventure I’m very much looking forward to doing again), as opposed to during my daily experience of life during times of historic global upheaval.

“Holy crap! It’s Armageddon! No wait, we’re okay. Nope, no, we are definitely NOT okay. Wait—ARE we okay? Yay, infection rates are lower! The vaccine is just around the corner! The World will be opening back up! Just kidding: second-third-eleventy-fifth waves of contagion. Disneyland is opening back up, omigod! Ugh, more restrictions than ever. I’m vaccinated—huzzah! Damn it; I have to wait how long for my second dose? The borders are still closed? et cetera…”

This is just my opinion, but Pandemic was waaaay more fun to play as a board game.

Certainly, I don’t mean to imply that everyone’s experience of life right now is identical, because that would be flippant and ignorant. We’re all of us in different boats of privilege in life, this pandemic included, for sure, but we’re all weathering the same seemingly never-ending storm. For a lot of people, our subjective experience is objectively not all that terrible, relatively speaking. We know it could be worse, and that for many others, it is.

And therein lies the problem: namely, that you don’t really have any. Problems, that is. The fact that you can look around your personal world and realize that things could be much, much worse can often leave you feeling like you have no right nor reason to complain.

Yet, here we are (you, me, us), feeling like we’re withering on the stalk. Yes, things could be worse, but they could be a damn sight better, too.

I believe it helps to have things normalized, to know we’re not alone, or weird, wrong or broken for feeling the way we do (you are none of those things, and neither am I). And, while knowing that rarely helps alleviate how I’m feeling in the moment I’m feeling it, eventually, when I come back up for air and move through the quagmire of whatever unwelcome emotional rut in which I’ve been stuck, it does help me process my experience after the fact.

Which brings me back to the concept of languishing. Part of why Grant’s article resonated so strongly with me is because it absolutely describes my experience at various points over the last year and a half, and very much how I’m feeling as of late, just like everyone else. It’s like the saddest club we never wanted to join.

But it also resonated with me because this is a very common feeling and experience for driven people. Driven people often seem to lead charmed lives: they look successful because they often are. They achieve things that others admire, and reach heights others only dream of attaining.

It looks like driven people have the world at their feet, and a lot of the time, it’s true.

And yet, on the inside, a driven person is languishing. It’s a feeling they know intimately and feel frequently. It’s not enough, whatever it is they’ve achieved. And added to that dissatisfaction is guilt for it not being enough in the first place—it’s daunting when you suspect that the answer to “Will it ever be good enough for you?” is likely no.

It can be awfully hard to complain when you know damn well that the life that feels unsatisfactory to you is someone else’s dream come true.

You don’t want to complain and you’re not sure how to, or where to do it.

So you don’t. You bottle it up, and stuff it down. You keep looking good on the outside, while on the inside, you’re languishing in anhedonia (the opposite of hedonism: anhedonia is the inability to feel pleasure in normally pleasurable activities). A lot of people are experiencing anhedonism, which is common for people living with chronic and unpredictable stress over long durations of time (aka All Of Us right now, whether you’re aware of it or not). This leaves us unproductive and stuck.

And the cost is feeling dissatisfaction and malaise, which you wish would go away until it does and then you feel nothing, which turns out to be much, much worse than the discomfort ever was.

I don’t know whether I’m relieved or sorry that so many people are experiencing something driven people have felt for a long time. I think it’s probably both: I feel validated and empathetically compassionate at the same time.

Just because nothing is wrong doesn’t mean everything is all right, either. Health isn’t merely the absence of sickness, physically, emotionally or spiritually speaking. Life is not that black and white and neither are we.

So what can you do about it? Well, if you’re languishing (and by now I think we’ve established that we all probably are), give yourself at least the same care, compassion and attention you would give a houseplant that is languishing. You’d try something to bring it back, right?

And for what it’s worth, just know that you are not languishing alone, and your languishing doesn’t need to be a secret anguish without end.

Remember, no storm really lasts forever. And there are no trophies given for ignoring the truth of our mental health or emotional experience.