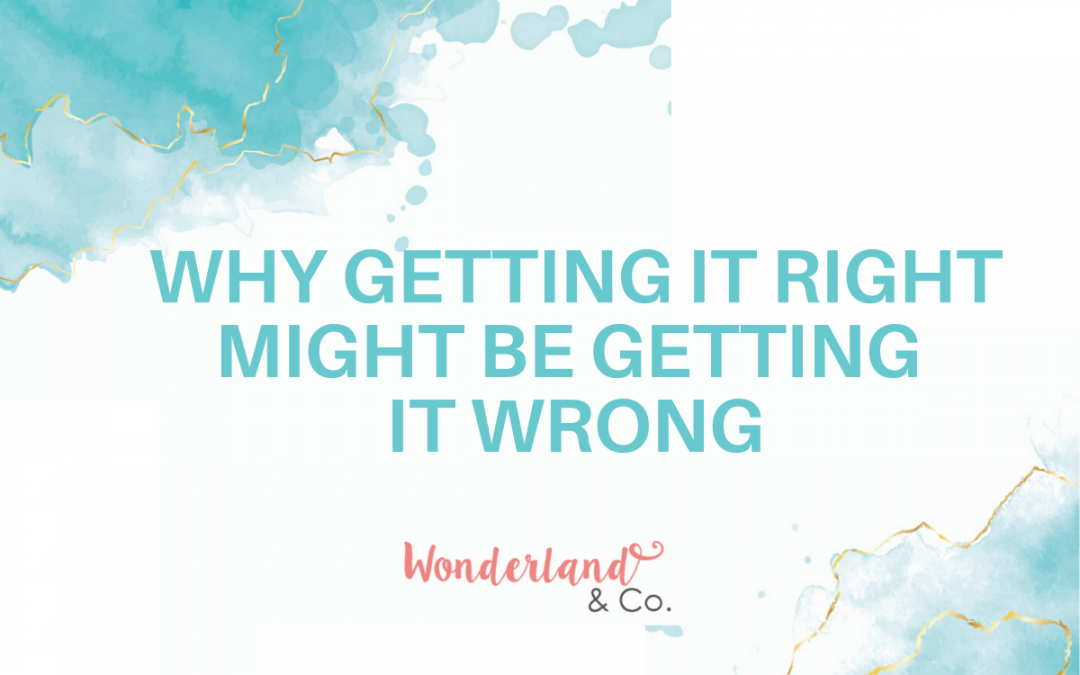 In my former career, I spent most of my days waiting for approval. Not approval of me as a human (I mean, probably also yes, that too, because of who I am as a person), but approval for marketing and communications plans and materials.

I was hired—based on my education, experience and expertise—to create effective messaging and that’s exactly what I did. I researched and proposed ways to convey information to an audience. I collaborated with the best creatives to come up with engaging ways of getting people’s attention on health matters that mattered.

When it came to the marketing campaigns we created for the various health promotion programs, I know we did some really good work. That really good work wasn’t usually the final product, however. Between my creative team and our audience, we had to get approvals. Sometimes, upwards of eleven or more different approvals, from people whose education, experience and expertise were markedly not in creating engaging and meaningful communications (remember: that’s why they hired me). 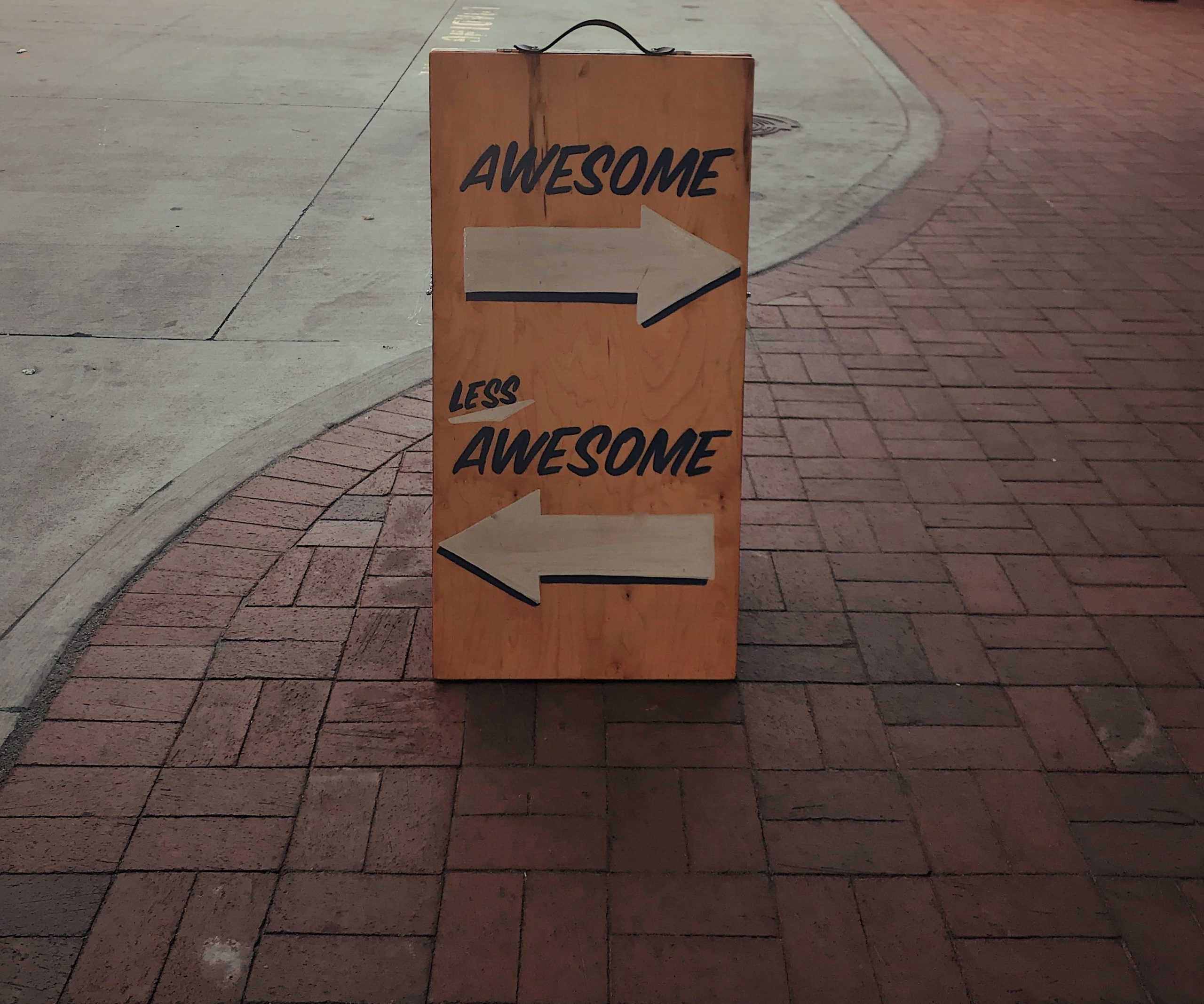 With each sign off, the work became more approved, and less impactful. More vanilla and less powerful. The suggestions and edits requested by each rung on the approval ladder took each version and diluted it just a little more from the version before. By the time it was officially approved for release, it was meticulously and bureaucratically inoffensive. It became “safe for work” and unlikely to offend anyone, which also rendered it less likely to catch people’s attention and create much conversation or awareness.

It was approved and it was determined to be right and ready to go, and that was the whole problem.

Why’d I bring you on this fun trip along a cubicle-and-sign-off-sheet-filled memory lane? Well, because when we get really busy trying to figure out how to get something right, we risk doing the same thing: taking an idea and stripping down its power and potency.

Now, of course, it’s important to think about what we’re doing. There’s absolutely nothing wrong with measuring twice and cutting once. In fact, it’s a great way to be intentional and thoughtful about our actions. It’s helpful to think about possible outcomes and inform our decisions based on best guesses about how to mitigate potentially unintended or undesirable results.

Aaand, if we get too busy measuring and assessing, projecting and contemplating every potential outcome, we might become mired in analysis paralysis. When we’re fixated on what might not work, or what it would mean if it didn’t work out perfectly, or we insist on only taking action when we know for sure that we’re getting it right, we can become less willing to risk getting it wrong. We might play it safe, or dial it back, rein it in, or whatever other phrase that means we don’t commit fully to the action there is to take, regardless of the size of the step in front of us.

The trick here is to realize that you’re allowed to change your mind and make different choices after each decision, and that doing so doesn’t mean the decision you made was wrong or a mistake. It just didn’t work out the way you intended, is all. Most of your choices and decisions in life are not a math test with only one correct answer.

You don’t have sail straight into the iceberg just because that’s the course you set for yourself and YOU MUST NOT DEVIATE FROM THE COURSE YOU SET WHILE STILL ON SHORE, BACK WHEN YOU HAD NO IDEA OF THE CIRCUMSTANCES YOU CURRENTLY FACE. You can pivot, iterate, tweak and change course. You can see differently as you move further down the path, including seeing new options, possibilities and obstacles that were previously not yet clear to you from your former vantage point.

When you’re sailing, you don’t travel in a straight line from your departure to your destination. You can only sail with the wind you’re given, and in case it’s unclear, you don’t get to choose or control the wind. This means that you might need to change course, rather than sail straight into a storm. Sailors need to tack their sails from side to side to capture the ever-changing wind patterns, so that the course looks more like a series of zigzags, rather than a straight line.

If you get enough altitude from a sailboat, it looks like you’ve traveled a straight line to your destination, but the experience on the water is more a series of minor course corrections that, at any given moment, might look like you’ve gone off trajectory. If you didn’t course correct, you would wind up somewhere you didn’t plan to be, all because you were unwilling to tack your sails and change your course given the mind given the new information and circumstances in which you found yourself.

The moral of this story is that we’re rarely making The Right Choice™, or The One Choice To Rule Them All. All we can do is make a choice and decide that it was right, given the information and foresight we had available at the time. Then, because the information might look different a little further down the road, we’ll make another choice.

Instead of every decision needing to be right and not wrong, what if every decision was right, because it’s the one you made, even if you make a different decision the next time? What if you could change your mind and change your course without it meaning that you were wrong to begin with?

What if these weren’t mistakes, but opportunities to learn? What if each decision was viewed like an experiment? You might have a hypothesis about what will happen, or even a fingers-crossed preference, but regardless, what if the outcome wasn’t an indication of your intelligence, or goodness, worth or value as a human?

Even if the outcome wasn’t perfect, what if it didn’t mean anything about you? What if you could make a choice and take an action, and even if all went to pieces, it didn’t mean you were wrong; it just meant that a different decision might have had a better outcome? Lucky for you, there’s a brand-new opportunity to make a new decision all the freaking time, so you’ll have lots of chances to practice making choices and then deciding it was right, even if what you choose to do next is different.

If you’re willing to let go of the fear of doing it wrong, you might just discover that getting it right isn’t a one-and-done, but rather just one in a series of choices from which there is no going back. We’re only ever choosing from where we have arrived now, in this moment.

Waiting to know for sure that you’ll make the right choice will usually just leave you waiting a really long time. The suspense grows and the fear of making the wrong move intensifies, making it feel like the stakes are growing higher and your situation more dire, which means it feels even more important to make The Right Choice, omigosh.

What if the only right decision is the one you made?

Why not make a choice and decide it was right, because you chose it? And then, make another, and another. What might happen if you could release yourself from the fear of making the wrong move?