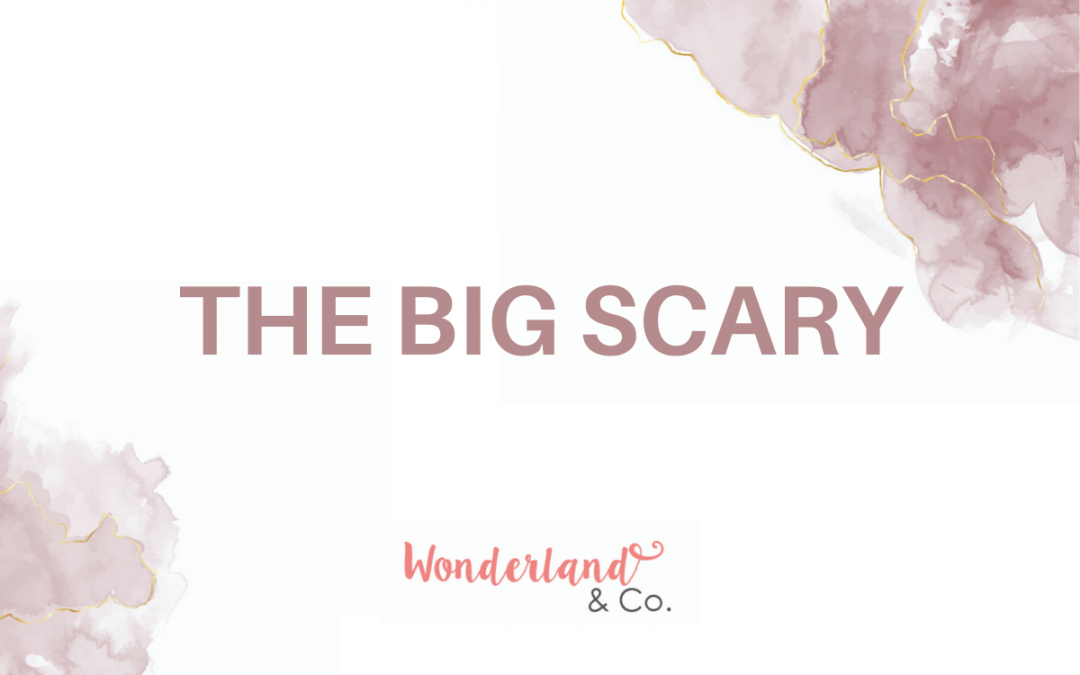 “And the day came when the risk to remain tight in a bud was more painful than the risk it took to blossom.”       ~ Anaïs Nin

I subscribe to a quote-a-day email. A lot of times, I just glimpse it over and delete it (they can’t all be winners, right?). Now and then, though, one will stick. Today’s quote was one of the sticky ones.

One of the hardest things we ever have to do as humans is to move forward in the face of our fear. It’s really, really scary to leave your comfort zone. After all, it is really comfortable. And, even if it’s not actually really all that comfortable, you’re well used to it.

Outside what you know, there could danger, ruin, monsters or uncertainty.

I think the uncertainty is probably the scariest part—at least, that’s where my mind tends to wander, and unfortunately, when my mind wanders into the unknown, it seems to hang out more frequently in the dark and scary forests of fear than the bright and flowery meadows of possibility.

A few years ago, I left my job with the provincial public service. In a government town, during a hiring freeze, this is akin to madness. Certainly, that’s what people told me whenever I talked about it (and that was frequently, by the way). “What about the benefits? What about the pension?” Their fears invited mine out to play and the result was a terrified paralysis. I couldn’t envision any possibility of what I wanted to create, so I stayed put. I couldn’t figure out how to make it work, so I didn’t try.

And, I’d like to mention here that my position was pretty sweet. It’s not like I was working in a dungeon. The work was fairly fun and allowed me to use my talents. My team is second to none. We’re not just coworkers, we’re friends. I love them. All of this was part of what made it so comfortable and the thought of leaving so uncomfortable.

And yet, I wanted something different. I always have. I wanted to be like all the characters in my favourite movies and create my own adventure, despite the distinct possibility of dragons and trolls and peril.

Finally, I realized that the only thing standing in my way was me. Not even my fear could hold me back: I’m the one deciding what I do. So, instead of cowering away from my fear or pretending it wasn’t there, I held hands with my fear and I took a really big step over the borders of my comfort zone. That’s when I learned this:

It turns out that fear doesn’t stop me from doing things: I do. It turns out I can have fear and move forward anyway. Forward movement doesn’t only happen in the sunshine.

Maybe this isn’t news to you, but it sure was to me. I’m pretty sure I’m not alone, either.

Eventually, staying comfortable became less comfortable than stepping into the unknown. My desire to create something new was stronger than my desire to not rock the boat. As the quote above from Anaïs Nin states, “the day came when the risk to remain tight in a bud was more painful than the risk it took to blossom.”

It is time to grow, regardless of the growing pains. I also realize I’ve done this before, in different ways: I remember the tears streaming down my face from the fear of letting go and dancing without the safety of clutching onto the barre for support after injuries in ballet. I did it, and I became stronger—not just physically—with the support of those around me (you know who you are). I don’t remember when it happened, but I’m sure learning to walk was pretty scary way back when. We forget how strong we can be.

Oh and hey; you know what’s cool? Once I decided to step forward into the unknown, no one said any of that stuff I’d imagined they would say, based on how conversations had gone before. So what’s different then? Well, in short: I am. I had made my choice and I am was forward, and what I have received is support, love and gratitude. My guess is that it was there all along, but I just wasn’t ready to let it in.

See, being brave doesn’t mean you don’t feel fear. If you didn’t feel fear, there would be no need for bravery or courage. Either that, or you’re already dead, in which case it doesn’t really matter anymore.

No, bravery is what you create when you choose to act in the face of your insecurities and fears of what might happen, which, for some reason, we always assume is going to be disastrous. That’s kind of weird, isn’t it? That we assume the worst?